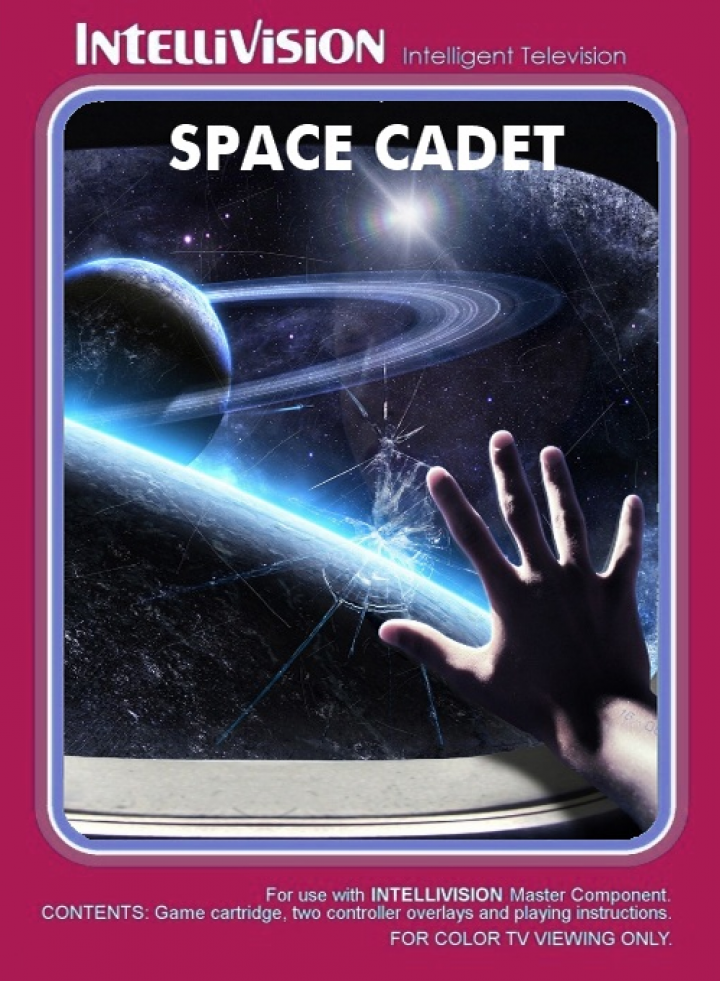 [Unreleased 1984] The looniest space battle ever. Each team is in command of a decrepit flying saucer that seems to work best as a battering ram. It's outer space demolition derby! One team is from the ice planet, one from the fire planet. Each team controls a Space Cadet in a zippy little flying saucer. Bump into a sparkling asteroid to send it into the other team's planet. Team with the most hits against its enemy planet wins. Programmers at Mattel Electronics came up with a series of casual games meant to be played at parties. The "Party Line" cartridge was shown at the 1984 CES but never produced. 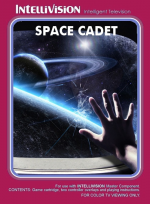