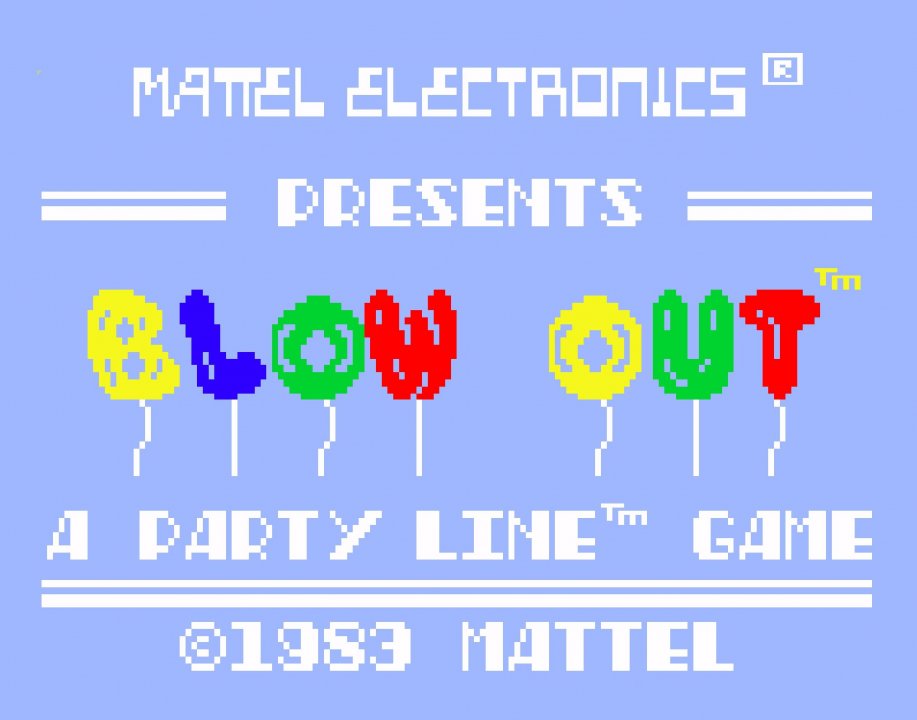 [Unreleased 1984] Two roller-skating dancers drop darts from a scaffold onto rising balloons. An easy enough task, except these rude guys keep bumping into each other and knocking each other off the scaffold. When the music stops, that’s the signal for the next players to take the controllers. Programmers at Mattel Electronics came up with a series of casual games meant to be played at parties. The "Party Line" cartridge was shown at the 1984 CES but never produced 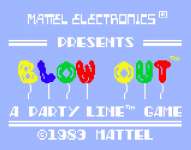