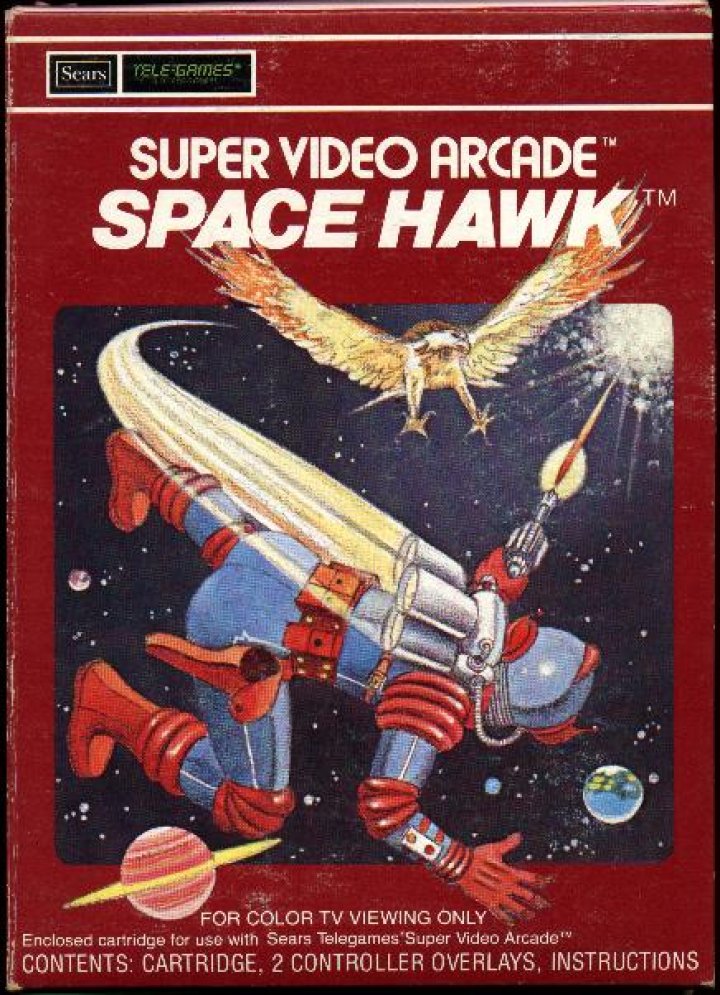 The object of Space Hawk is to survive as long as possible while drifting in the middle of outer space. The player is equipped with a rocket-powered space suit and a "gas blaster" for protection. Three user-selectable settings control the player's interaction with the game. The blaster can fire single shots manually or can be set to automatic rapid fire. The player's movement can include or ignore inertia. Lastly, the rotation of the space suit can either be instantaneous (by pushing the controller in the desired direction) or gradual (by holding the controller to the left or right until the desired attitude is reached). Each setting can be changed during the game as often as desired. The player is attacked by large and small mechanical hawks, which must be shot three times before they are destroyed. There are also gas bubbles and comets that can be shot or avoided. In later stages, space amoebas appear that are impervious to the player's weapons and can only be avoided. A collision with any obstacle will cost the player one life. As a last resort, the player's space suit is equipped with a hyperspace function, that will randomly relocate the player to another section of space; however, the player loses points when the hyperspace function is used. Also, from time to time, the player may encounter invisible black holes that will trigger hyperspace automatically. The player starts with a score of 500 points. Points are earned whenever targets are destroyed and lost whenever the player is destroyed or enters hyperspace. As score increases, multipliers are applied and difficulty increases. 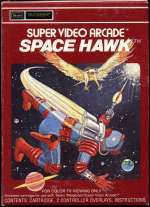