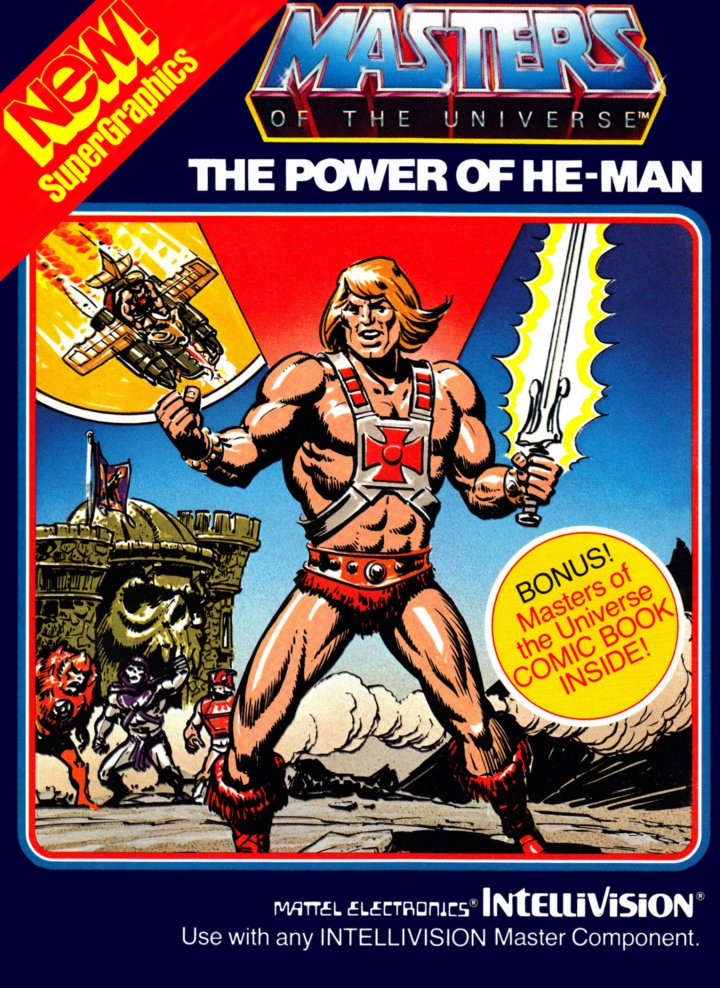 Masters of the Universe: The Power of He-Man

In Masters of the Universe, you control He-Man as he battles Skeletor in two different types of arcade action scenes. In the first part of the game, you control the Wind Raider flying towards Castle Grayskull. You have a limited amount of fuel with which to reach your destination, plus numerous fireballs will be flying around the screen trying to stop you and Skeletor will be running along the ground. The Wind Raider is equipped with bombs and guns which can be used to defend yourself from the fireballs, and also can earn bonus points if you can hit Skeletor. The second part of the game takes place on foot. When you've landed near the castle, He-Man needs to pursue Skeletor. Skeletor will be firing numerous lightning bolts which can be blocked with a shield. There is a time limit here, and you must get past all of the screens and catch Skeletor before time runs out. If you are successful, the game will repeat at a tougher skill level. 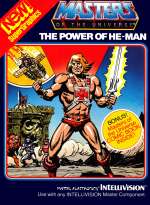 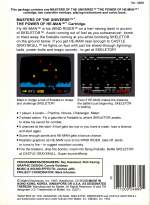