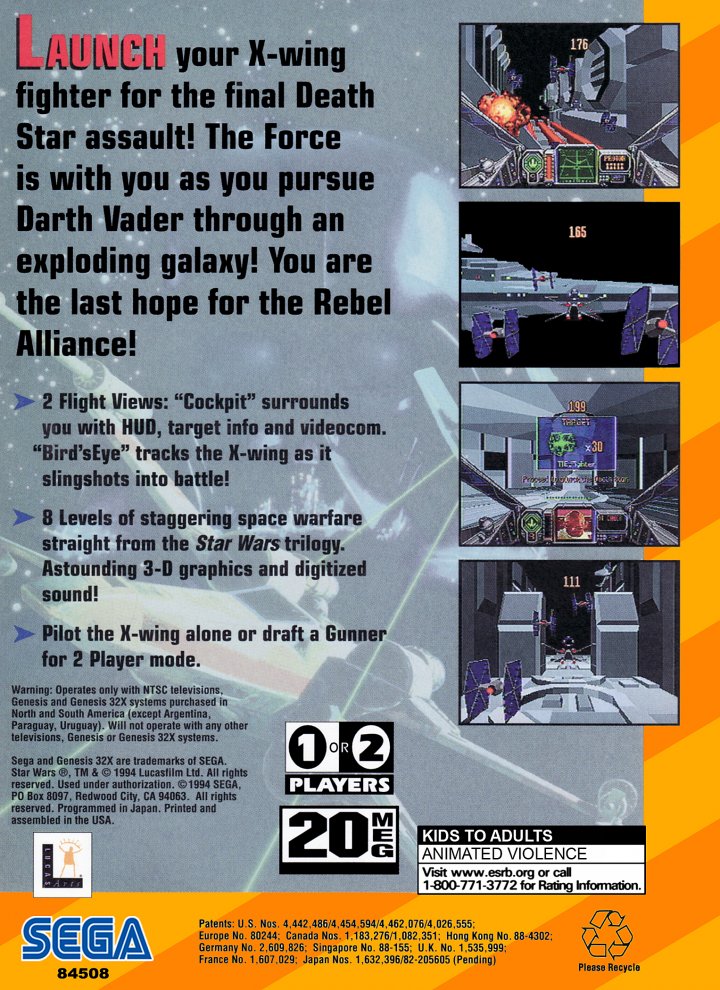 Launch your X-wing fighter for the final Death Star assault! The Force is with you as you pursue Darth Vader through an exploding galaxy! You are the last hope for the Rebel Alliance! -2 Flight Views: "Cockpit" surrounds you with HUD, target info and videocom. "Bird'sEye" tracks the X-wing as it slingshots into battle! -8 Levels of staggering space warfare straight from the Star Wars trilogy. Astounding 3-D graphics and digitized sound! -Pilot the X-wing alone or draft a Gunner for 2 Player mode. 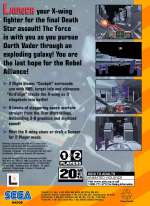 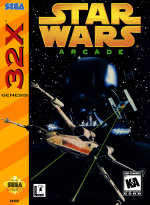 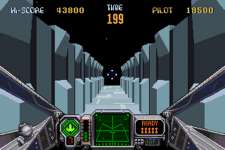