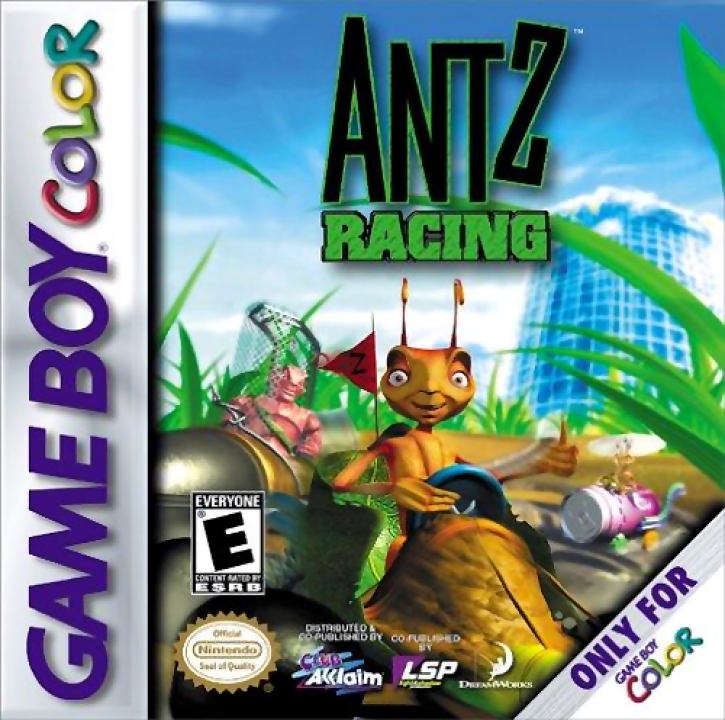 Who'd have thought that racing's biggest stars could be so small? Join all of your favorite insects from DreamWorks' 1998 animated classic, ANTZ, in this kart-racing take on the film. Play as favorite characters from ANTZ, such as Cutter, Azteca, Weaver, Bala, and Z. Each character will be rated in different performance areas, allowing for a number of various racing strategies and styles. Exactly what sort of vehicles to such tiny beings ride? You'll hop into the driver's seat in modes of transportation like a sardine can, a nutshell, and a leaf in this creative classic. The 10 unique tracks will be the stage for all of the heated competition, and each of the game's five environments is lifted straight from the film. Packed with awesome power-ups and wicked shortcuts, ANTZ RACING is the perfect addition to your Game Boy Color library whether you're a fan of the movie or you're just looking for a fun kart race. 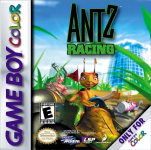