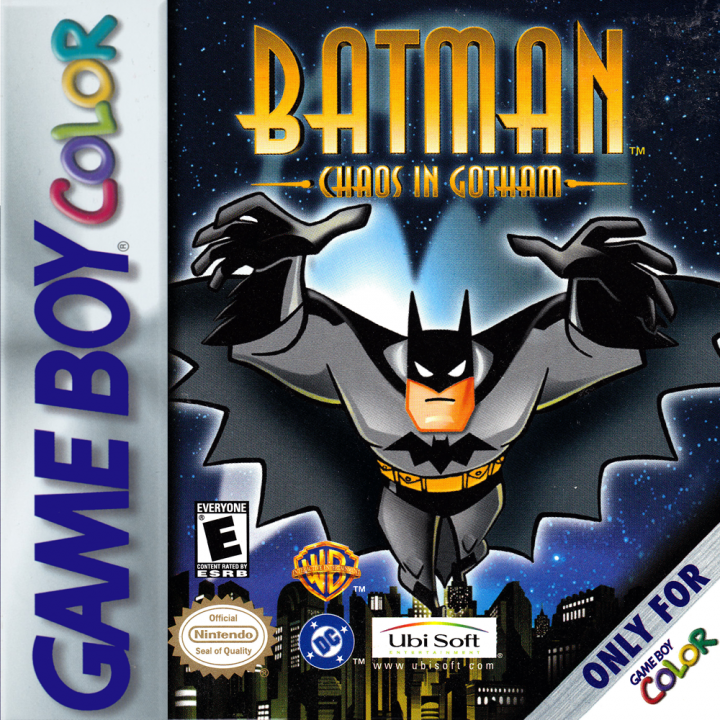 The Batman returns on Game Boy Color with BATMAN: Total Chaos in Gotham City. Based on the popular animated BATMAN series, this single-player action game allows you to don the cowl of one of two Bat-heroes: Batman or Batgirl. Some of the Dark Knight's famous arch-villains have escaped and are causing serious trouble in Gotham, and it's up to you to put them back where they belong. Everyone from Poison Ivy to the Clown Prince of Crime the Joker himself is here to wreak havoc and keep the caped crusader busy. Grab your utility belt and assault 18 stages of varied action that take you on a tour of Gotham City. Much of the action is played from a side-scrolling perspective, but some levels have you taking out the Batmobile or the Batcycle in overhead high-speed excitement. Naturally, Batman and Batgirl are both packing their usual assortment of weapons and tools including the Batarang, the grappling hook, smoke bombs, and more. 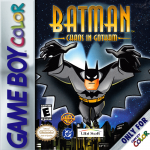