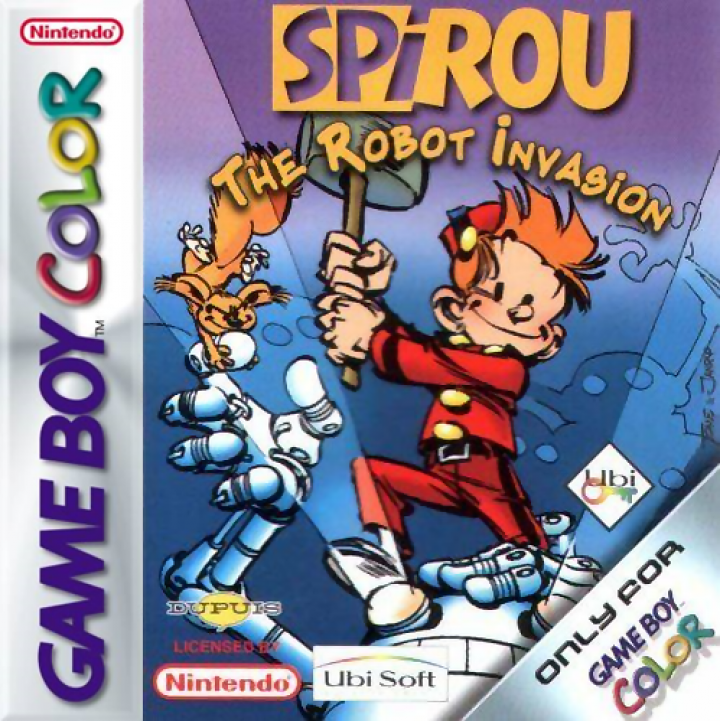 Spirou: The Robot Invasion is a 2D side'scrolling platform game based on the Franco-Belgian comic Spirou et Fantasio. Fantasio bought a strange mechanical device. When he brings it home and thoroughly inspects it, it turns out to be a malevolent robot who subsequently escapes from the house. Soon a villain called Cyanide appears to be involved and the entire town is crawling with evil robots. It's up to the player (as Spirou) to set things straight! Armed with a maul you have to trash the robots. Controls are similar to other platform games: you can walk, jump, attack, use a switch and grab a ledge. You'll have to solve simples puzzles such as pressing switches to open doors. You can pick up items that restore your health or unlock bonus levels. The game also has a UBI key that allows you to unlock a secret level, and can also be used to unlock secrets in other Ubi Soft games. The game is presented in comic strip style much like in Comix Zone, where you move from frame to frame, each divided by a white border. 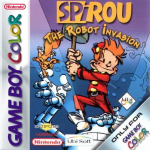