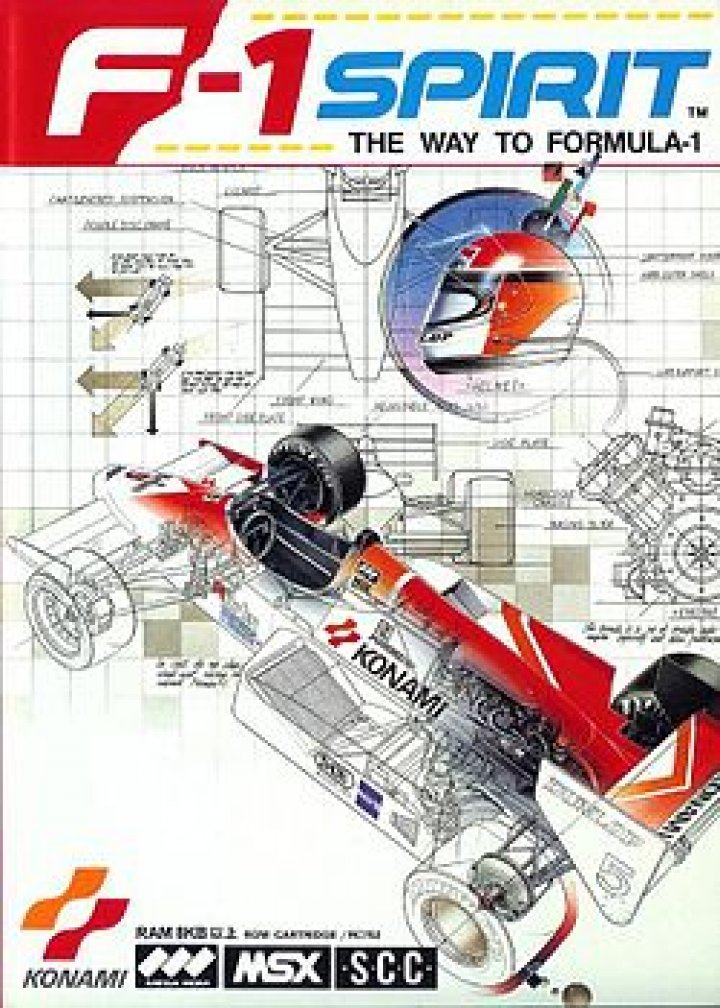 F-1 Spirit: The Way To Formula-1 is a top down Formula One Racing game, developed and published by Konami, which was released for the MSX in Japan and Europe in 1987. The game engine is very similar to Konami's Road Fighter. It also features Konami's custom sound chip called Konami SCC (a five-channel chip that compliments the three-channel PSG chip of the MSX computer system, or in other words, a sound custom chip that brings five voices more to the three voices of the PSG sound chip on the system), and great MSX1 graphics to go with it. It was one of the first ROM on MSX with this sound feature. Together with its "3D" spinoff (F-1 Spirit: 3D Special), F-1 Spirit: The Way To Formula-1 was the most extended racing game Konami released for the MSX. 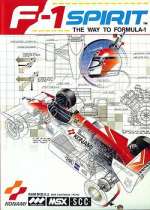 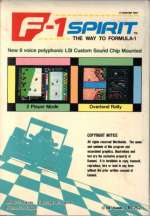