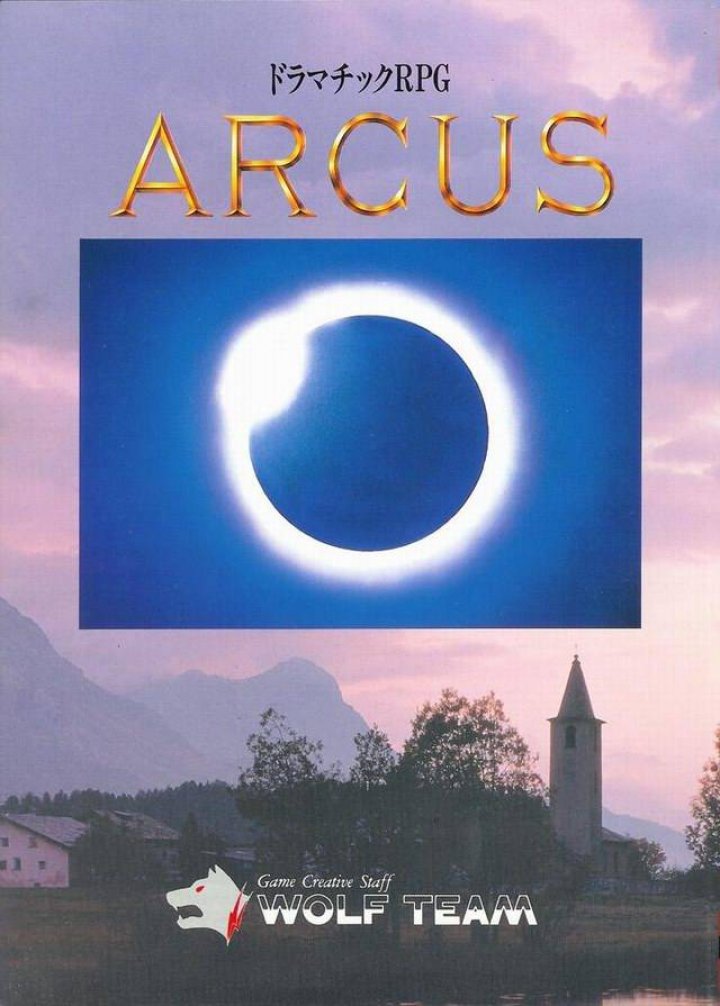 The people of the kingdom Arkases have mastered the ways of magic, thanks to their connection to the world of spirits. However, the humans used their magical powers to wage war on each other and to disrupt the harmony. Finally, the Golden Dragon told the king of Arkases that his country will be punished for the deeds of the humans. Enter Jedah Chaf, a young man who has left his home village to fulfill his dream of becoming a knight. Will Jedah be able to save his country and to restore peace in the world? Arcus is a RPG that is played entirely from first-person perspective. You navigate your hero by choosing a location from a menu. Once in dungeons, you have a separate menu whenever you encounter enemies. You fight them in turn-based combat, attacking physically or casting magic. The game is more close to Western RPG style than to Japanese one, and utilizes AD&D terminology for character stats. 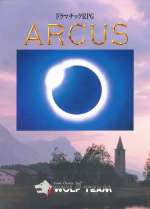 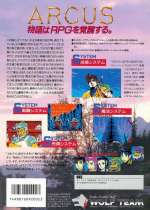 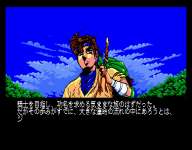 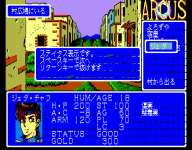 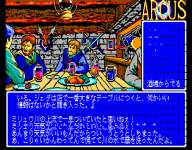 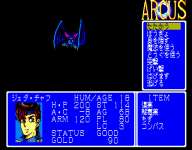