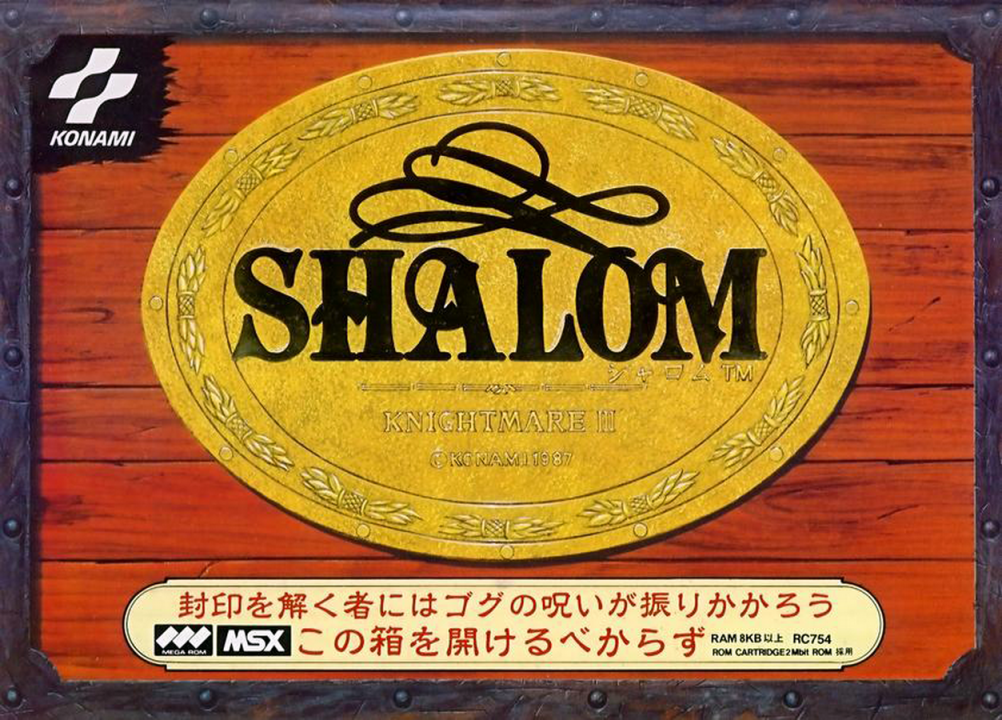 In this game, you play the role of a Japanese high-school student, the leader of computer club. Above all, you like playing games. One day, you and your girlfriend are playing a game and suddenly get teleported into the game world. This is a fantasy world that resembles ancient Greek civilization. Before long you realize that you are in fact a hero who must save this world from the evil Gog, an ancient demon awaiting resurrection, otherwise you won't ever be able to return home. Shalom is the third entry in Konami's Knightmare series. Unlike the previous games, it is much less heavy on action and is structured primarily like an adventure game with emphasis on interaction with characters and exploration. You navigate your hero through a large top-down world, interacting with characters along the way. The interaction is done via a command menu with verbs such as "Look", "Talk", "Take", etc. From time to time you'll have to fight enemies. The battles take place on a separate screen, and you attack the enemy with your weapons in real time. 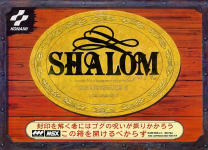 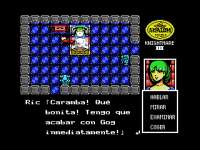 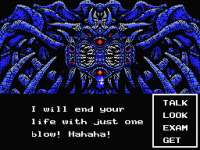 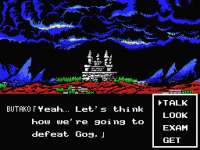