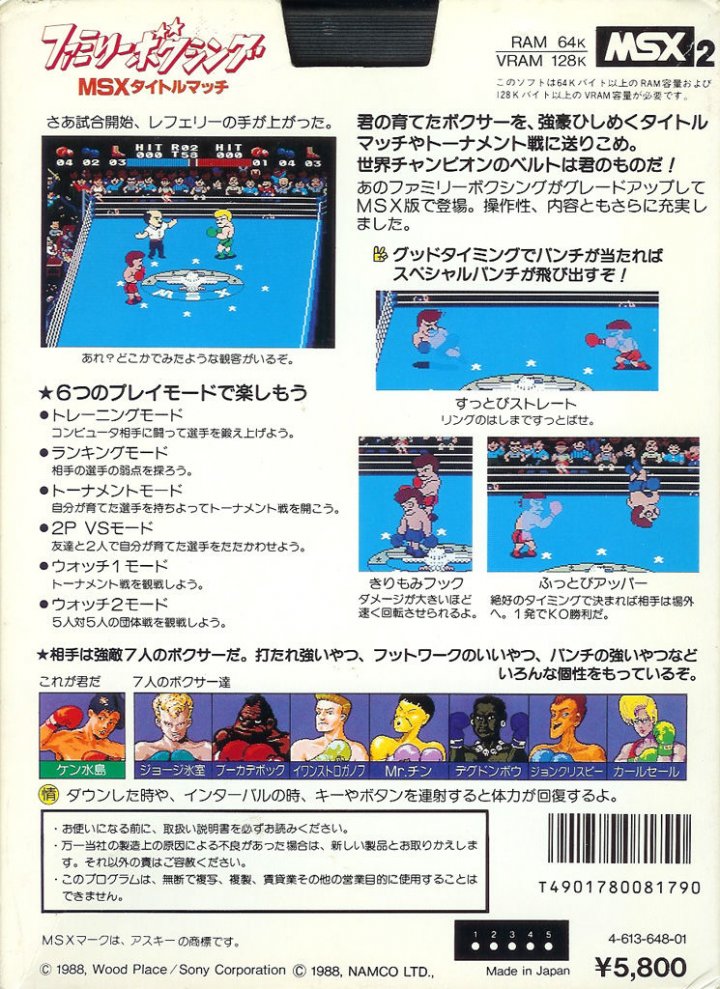 Ring King is a boxing game in which the action in the ring is viewed in a 3D top-down view and a full range of moves is provided, with the standard jabs complimented by body punches and the ability to dodge, duck or raise your guard. Each punch weakens your opponent's strength which can slightly recover during a round break. A rain of well placed blows can produce a quick knockout, but normally you must hit your opponent many times before he goes down. The game has three play modes. There is training mode to train your player before you enter a tournament. A ranking mode where you can select one of the three championships, Rookie, Japan and World. Each championship can be played at five difficulty levels. The third mode is the tournament mode. To reach the number one spot in the ranking or tournament mode you must train your boxer well. Before you start you must create your character and set his initial abilities, strength, speed and stamina. Each won bout increases these abilities slightly. The abilities of your opponent and you are visible in the status bar at the top of the screen during the game. Strength is represented with a boxing glove, speed with a shoe and stamina with a dumb bell. This game can be played by one player against the computer or by two players against each other. A password is given after each won bout and it enables you to continue with the next match in a tournament at a later time. 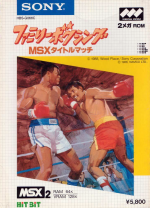 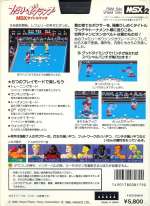 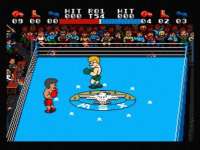