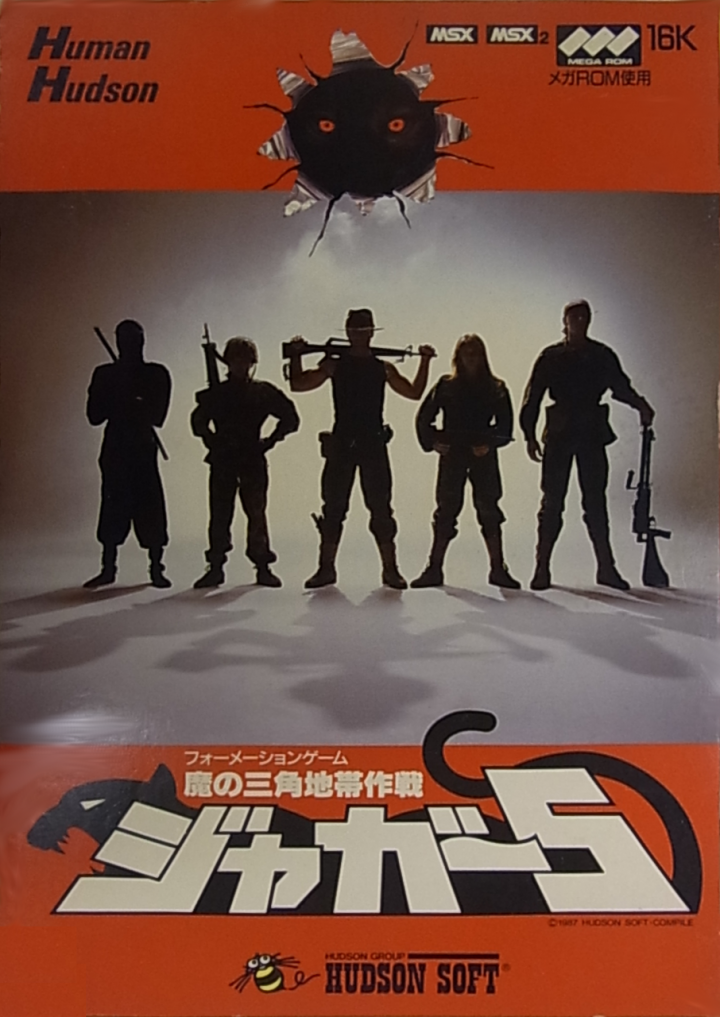 Jagur: Golden Triangle is something as unusual as a cross between Commando and an action RPG such as Ys or Hydlide. You start out with your character Jef jumping off a boat somewhere in the Golden Triangle between Laos, Burma and Thailand, presumably to fight drug lords. A typical Commando or Ikari-styled mission. The town Jef enters is inhabited by gangsters of all kinds who shoot at you. Thankfully, some of the locals are quite friendly, offering to sell you drugs (of the medical kind?), food or even weapons. Other offer you vital information. The clues you are given lead you to the right house, where you may find a friend who has previously been captured. Your quest is then to find the right bribe for your mate to be released. The puzzles begin in the simplest fashion, so as not to interfere with the action aspects of the game. Soon, all five members of the team are gathered, and the quest may go on farther into the triangle, where opposition will be fiercer and the puzzles harder. Thankfully, slain enemies will often drop munitions or money, so that you may keep your arsenal updated and your team alive, not to mention bribing the right people. Though featuring a lot of action, Jagur 5 has enough RPG emphasis to actually have an experience meter. A strategic element involves choosing the right team leader and the right formation to handle different tasks. Instead of magic spells, bombs, grenades or bazookas are used, and medical supplies replace magic potions, making Jagur 5 one of few RPGs which don't involve magic, though it may not count as a proper RPG in everyone's eyes. 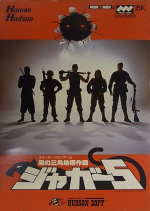 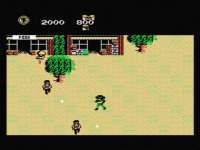