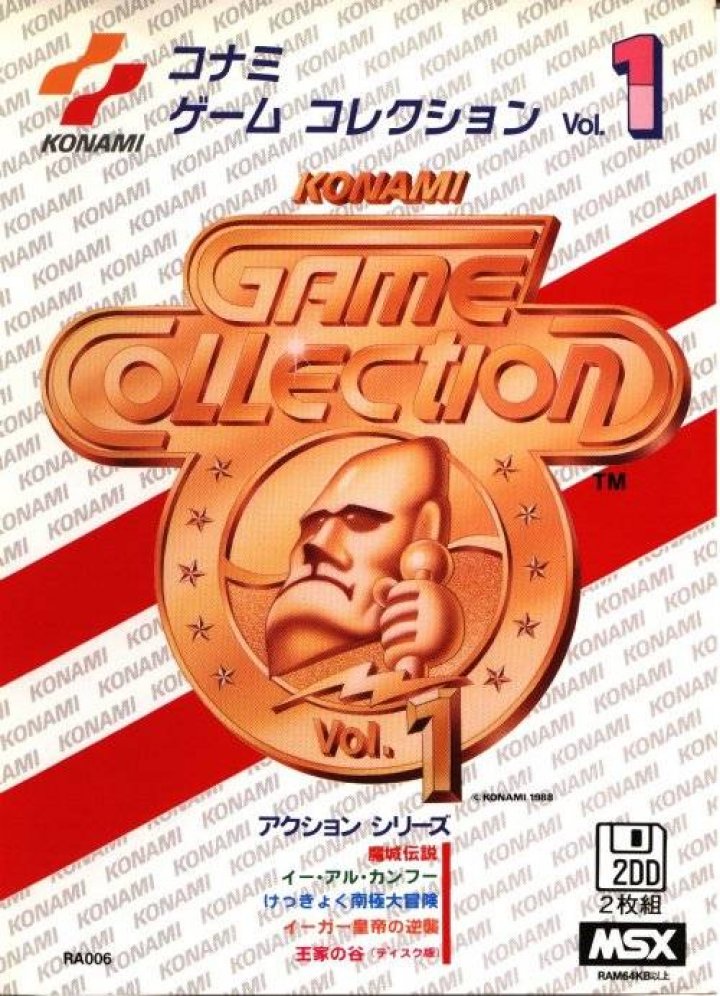 This is the first of five Konami's Game Collections released on two 3.5" diskettes. Volume 1 has the following MSX-1 games: - Knightmare - Antarctic Adventure - Yie Ar Kung-Fu - Yie Ar Kung-Fu 2: The Emperor Yie-Gah - King's Valley with level editor These collections where only ever released in Japan, and as such the menu to select the game is in Japanese. But the actual games will display the same as the original releases. The second disk contains just King's Valley, and can be started directly by booting with the disk instead of going through the menu on disk1. Compared to the original releases, these games have enhanced SCC+ music, when used with the 'SCC+ Sound Cartridge' from the Konami game 'Snatcher' or 'SD Snatcher'. 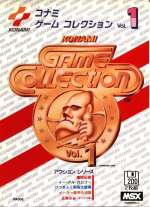 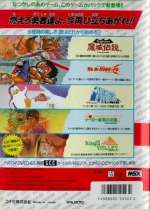