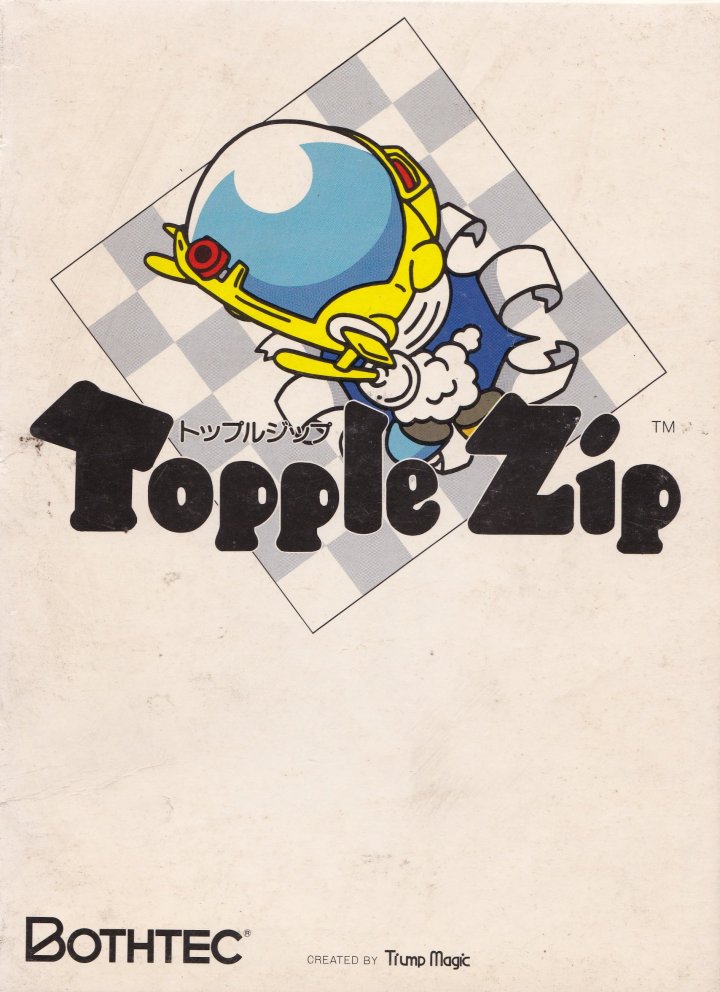 This game exists in both an MSX1 and MSX2 version. Topple Zip is a vertically scrolling shooter that is marketed as a racing game. The basic premise is that you control an aircraft and fly in competition against several other, computer controlled crafts. In addition to shooting at your opponents, you may ram into them, and they into you. Doing so may dislodge a pill shaped power-up from them which you can then shoot and collect. Power-ups exist in various types, including defensive and offensive such as giving you better weapons. There are eight different levels, each of which contain a number of warps which link to other levels. How the levels connect is random each time you play the game. The goal of the game is to locate a key which is necessary to access the warp which leads to the eight and final level. Collect it from whichever level it is hidden inside of, and access the eighth level before any of your competitors. 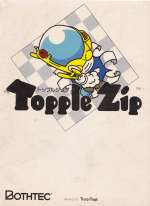