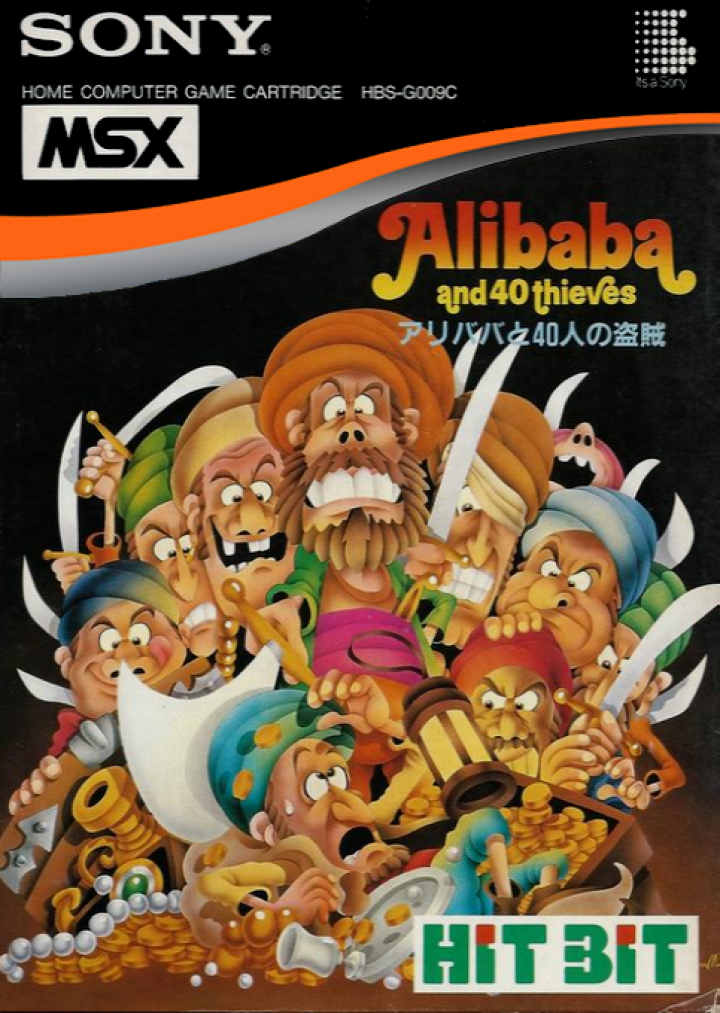 Ali Baba and 40 Thieves is a maze arcade game released by Sega in 1982. Players take the role of the famous Arabian hero who must fend off and kill the forty thieves who are trying to steal his money. The game is based on the folk tale of the same name. It was ported to the MSX platform, and then a Vector-06c port was made based on the MSX version. Your goal is to catch the thieves... while being chased by the Chief Of Thieves! You have to catch the thieves before they disappear in the bottom of the screen 'cause then they are transformed into a bag of money. The money can be collected for extra points. Occasionally four question marks will appear in the maze. If you catch one of these question marks you will be granted specialties like bonus points, double speed or invulnerability. 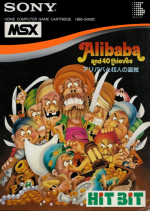 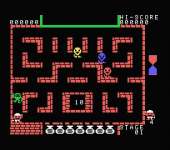