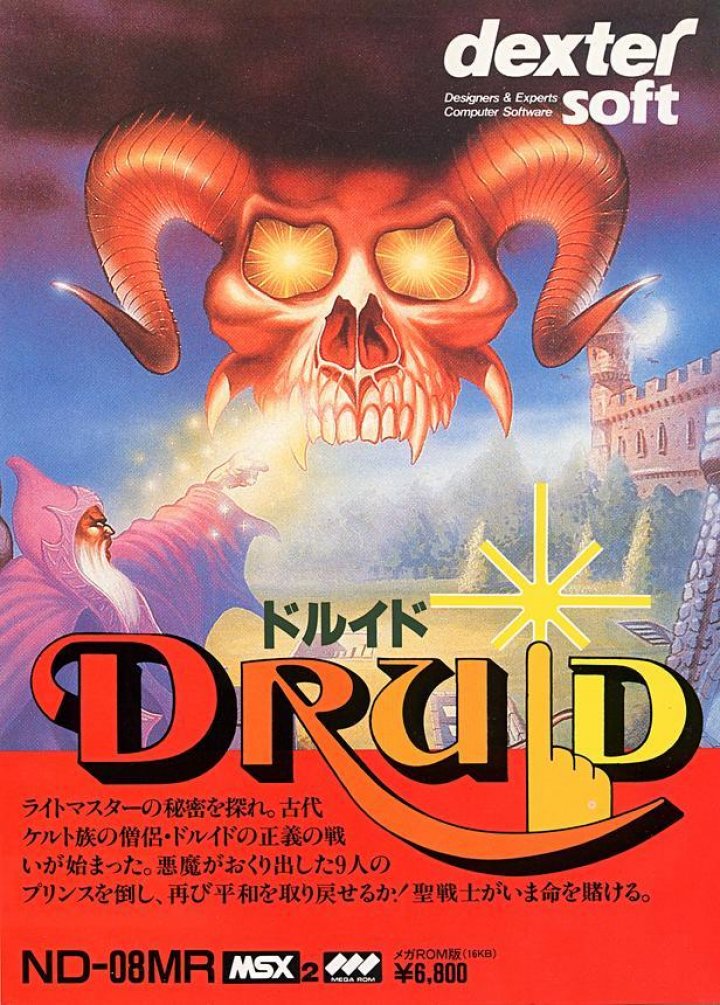 Inspired by the arcade game Gauntlet,[3] Druid is a fantasy-themed action-adventure game, where the player plays the part of Hasrinaxx, a druid who is trying to rid the world of the dark mage Acamantor and his army of demons. To do this, Hasrinaxx must travel through several levels. The first level is a normal landscape, and the ones after that are underground, each one deeper than the previous. Each level is infested with various enemies such as ghosts, giant insects, witches, and the four demon princes. Hasrinaxx can shoot these enemies with three different weapons: water, fire, and electricity, but they all come in a finite supply and are not equally effective on all enemies. Hasrinaxx can also summon a golem to help him, or turn invisible for a brief period. 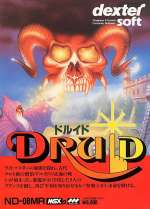 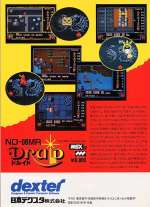