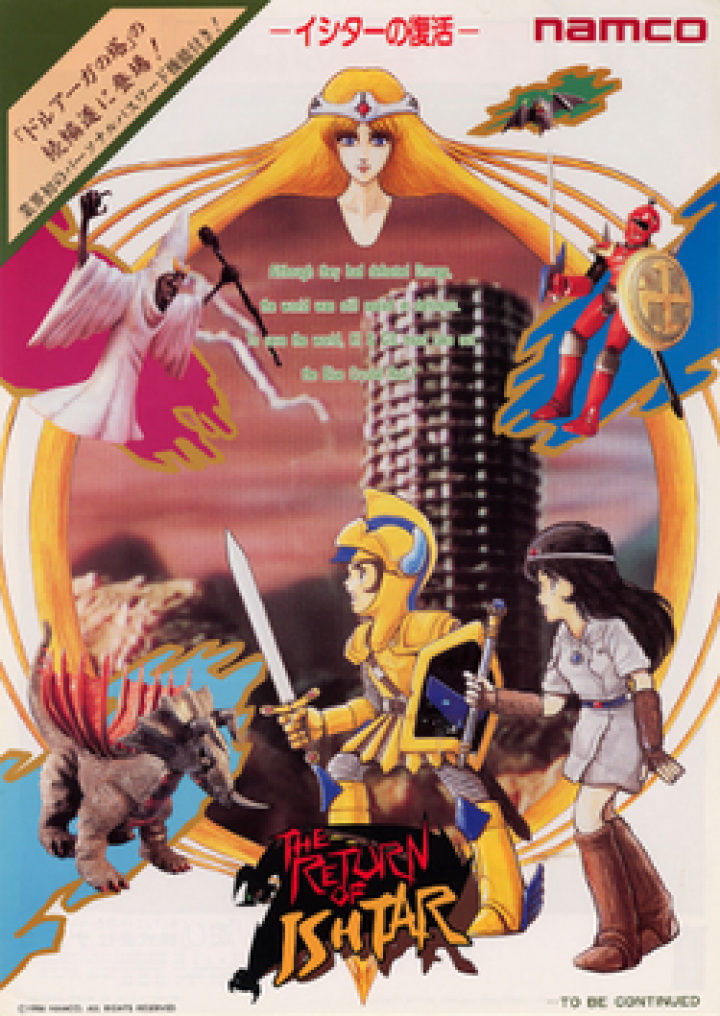 The Return Of Ishtar

The Return of Ishtar is an adventure game that requires two players; it was also the first game from Namco to have a password feature to give players the opportunity to continue from where they left off (and their first to not feature a scoring system). Player 1 controls Princess Ki who fights with magic, while Player 2 controls the sword-wielding Prince Gilgamesh - and this sequel game starts off directly after Gilgamesh has saved Ki from Druaga, and focuses on their escape from the tower (and its inhabitants) who are after Gilgamesh and Ki to avenge their former master. There are a total of 128 rooms in the sixty-floor tower, and the screen will only scroll according to Ki's location, so the second player will have to stay close to his partner if he wishes to look around the rooms; Ki attacks by casting spells at the enemies, while Gilgamesh automatically draws his sword whenever an enemy gets close enough to him. However, each time Gil kills an enemy, the numerator of the fraction in the bottom-right corner of the screen (the denominator starts at 15) decreases by a preset amount depending on what enemy type it was - and if it goes down to 0, he will disappear, and the game will be over for both players (which will also happen if Ki is touched by any enemy at all). There are also several different items that can be found in the rooms and collected to aid Gilgamesh and Ki in their quest; the game's designer, Masanobu End?, also appears unconscious at his desk in the "Dead End" room, but if Ki uses the "Blue Crystal Rod" spell on him, he will wake up, then proceed to warp her and Gilgamesh to the "Calvary Prison" room. 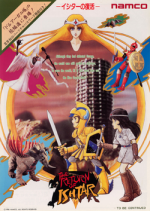