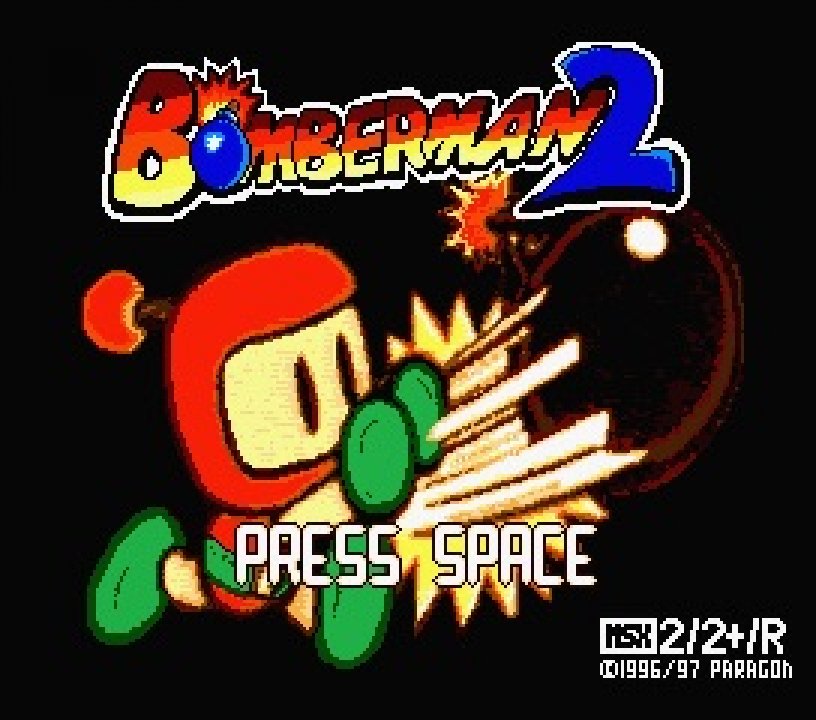 Bomberman 2 is a Bomberman clone, right down to the name, for the MSX2. As in its source of inspiration, you go around in a labyrinth made out of blocks and populated with monsters, laying out bombs to blow your way through the labyrinth and to kill off the monsters. The power-up system is rather big and unlike that of Hudson, including items that make you invisible, invert directions, slow-downs and most of all money. The standard fare of extra bombs and extra firepower, however, is not so common, and you have a limited amount of bombs to drop. Most levels make use of special tiles such as teleports and tiles that can only be crossed in one direction. The levels have to be cleared on time, and the allotment is so small that a thorough strategy is needed to reach the exit without wasting time on monsters or superfluous bonuses. There are both cooperative and competitive two player modes, and a level editor. 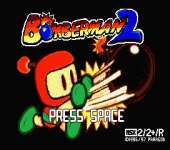 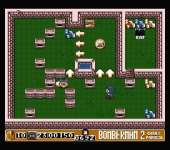