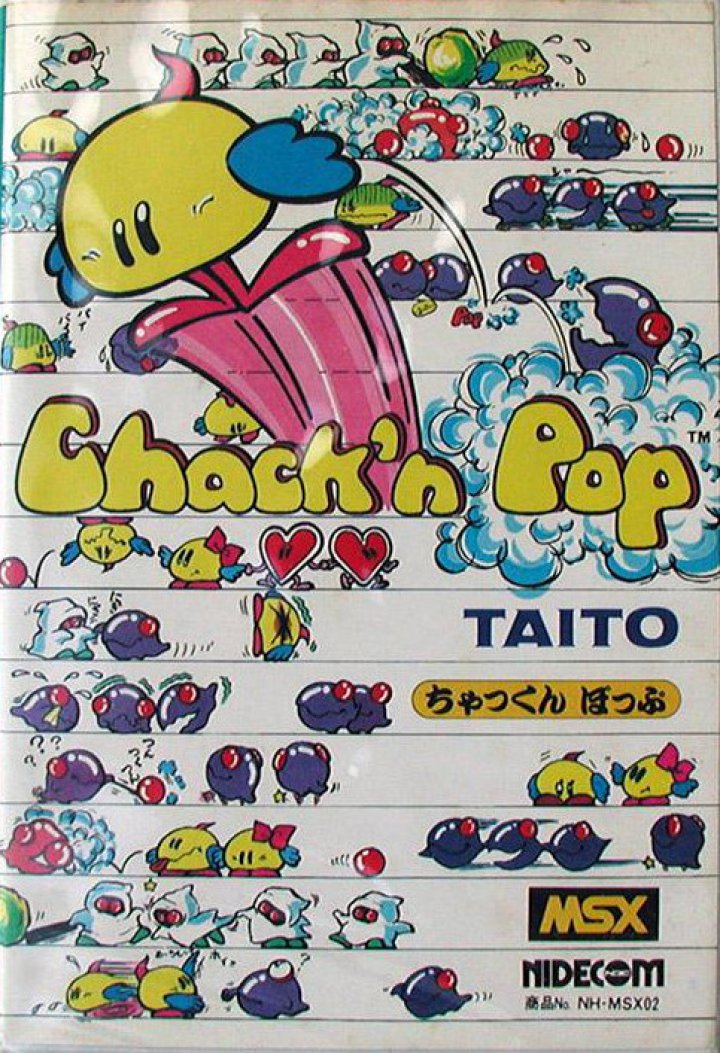 Chack'n Pop is considered a predecessor of Bubble Bobble. It is a platform game where a roundish yellow creature, named Chack'n, must fight against Monstas and Mightas in order to reclaim hearts that were stolen during a romantic encounter with Miss Chack'n. The Monstas themselves hatch from eggs hanging from the ceilings and the Mightas push a rock that is used as the game's timer. The Monsta eggs have three phases: if it's blue, it's completely harmless, if it's yellow it will pop within 10 seconds and if an egg turns red it will pop almost immediately. Chack'n uses bombs to blow up the Monstas and their eggs and he also uses them to release the captured hearts from their cages. When the heart is released, it will fly up and destroy the separator block and reveal the exit to the level. 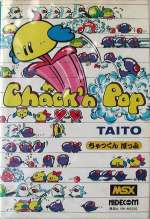 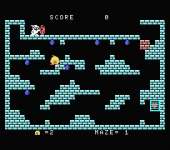