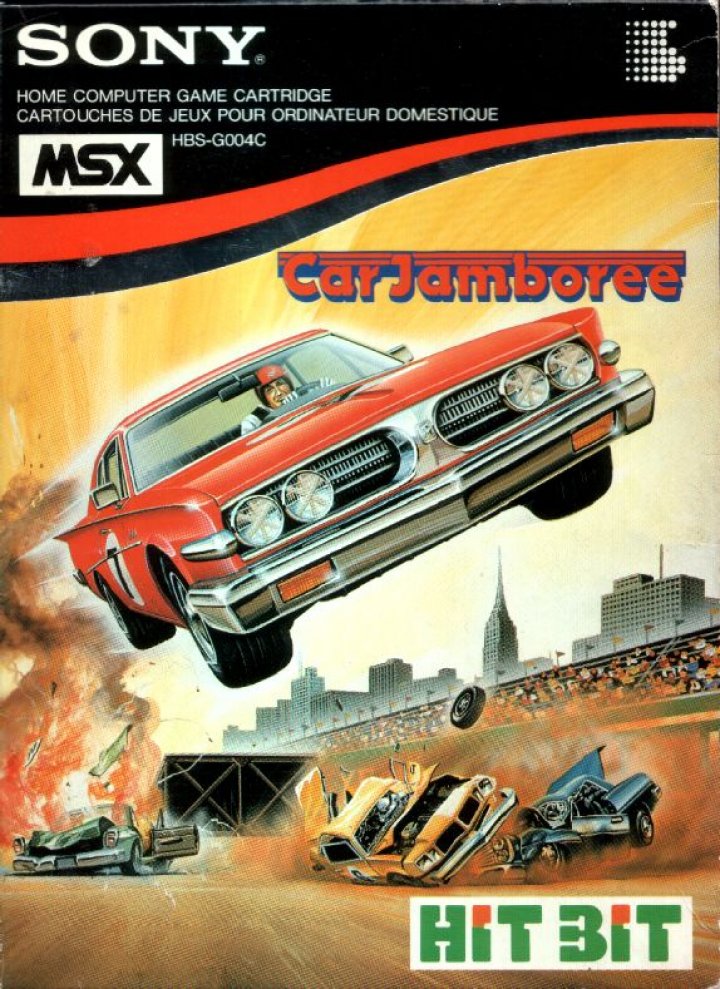 Car Jamboree is a conversion of the arcade game with the same name. In this game, which can be played by one or two players, you control a car and compete with three other cars in an squared arena. Your goal is to destroy the other three cars by crashing into them on the side. A head-on collision has no effect. When all three other cars have been taken out of competition you advance to the next level. In some levels the arena can contain a ramp, which can be used to jump on other cars or a pond in the middle in which you can try to push the other cars to take them out of the competition. All this has to be done before you run out of fuel. If any fuel left then you'll receive bonus points. 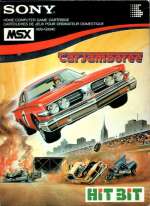