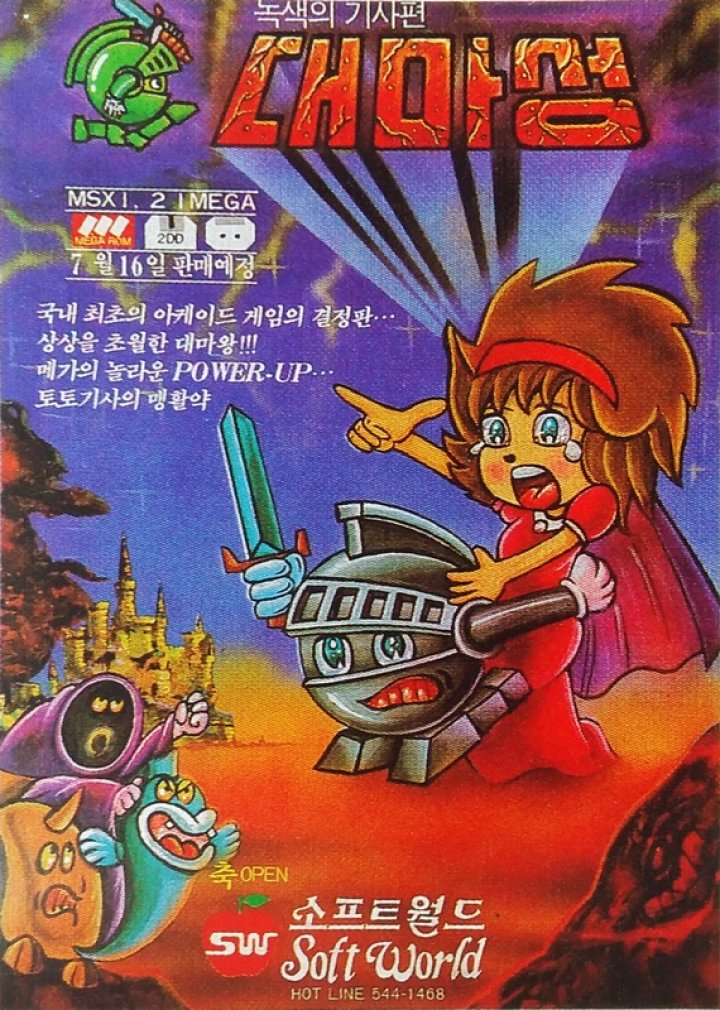 Once there was only one continent in the world. It was populated by magicians. At first they lived in peace, using magic to make the land prosper. But soon they were divided into two groups: good and evil. The forces of vice were strong, and the benevolent magicians need the help of a lone warrior to venture into the castle of the evil magicians and defeat them. Legendly Knight is a Korean-made action game with platforming elements. The game consists of single-screen stages, most of which contain platform structures. The player-controlled knight can jump and attack enemies. The goal is to kill all the enemies on the screen, including bosses which are fought one-on-one. The knight has a health bar measured by hearts. He is armed with a small sword in the beginning, but later can find throwing weapons and magic spells. Items include armor, a scuba suit, health-restoring potions, and a ring that grants temporary invincibility. Keys must be obtained in order to access the boss room. All these items are invisible, and their exact location must be revealed by attacking spots in the stage. It is possible to find and equip glasses that would show the exact location of the keys. 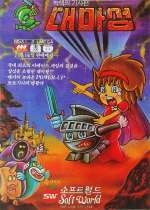