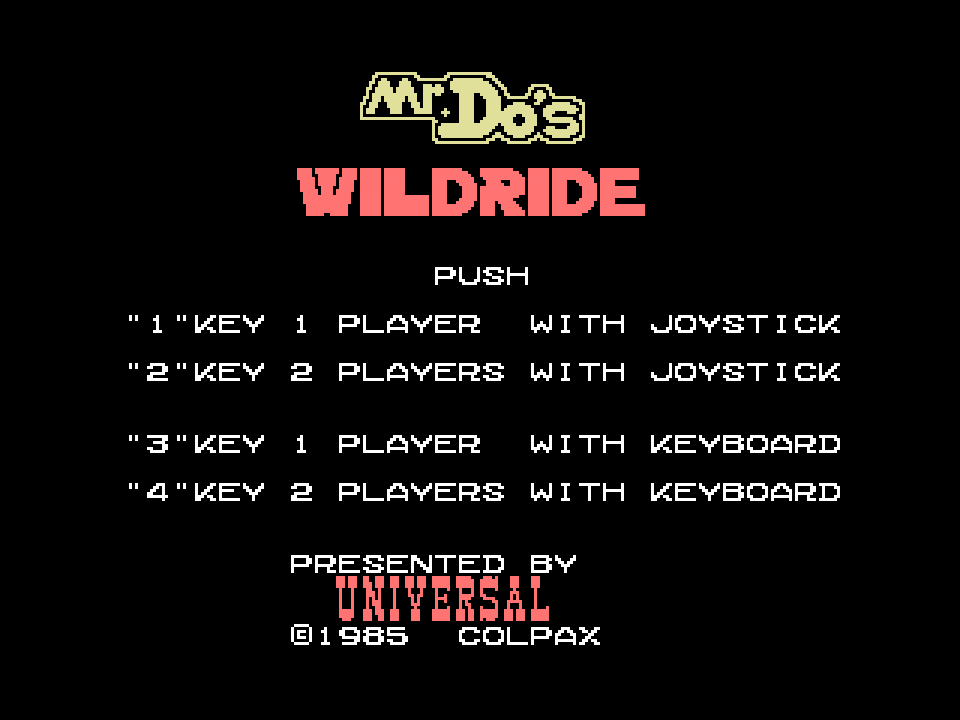 Mr. Do in a roller coaster, this time. You have try to reach the top of the rollercoaster. As the objects speed around the track, you must escape by climbing up small ladders scattered about the track. Two icons at the end of the level range from cakes to EXTRA letters or diamonds change upon collecting cherries at the top of each letter. The game is timed, and the timer ticks faster when the super speed button is depressed. The fist stage is basic roller coaster, the second stage a large bobbing pirate ship, the third are Elevators, the fourth consist of large bowling balls that fly around the track, the fifth stage is a carousel intersects coaster and the sixth stage consist of elevators in circular paths. 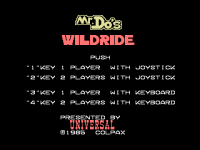