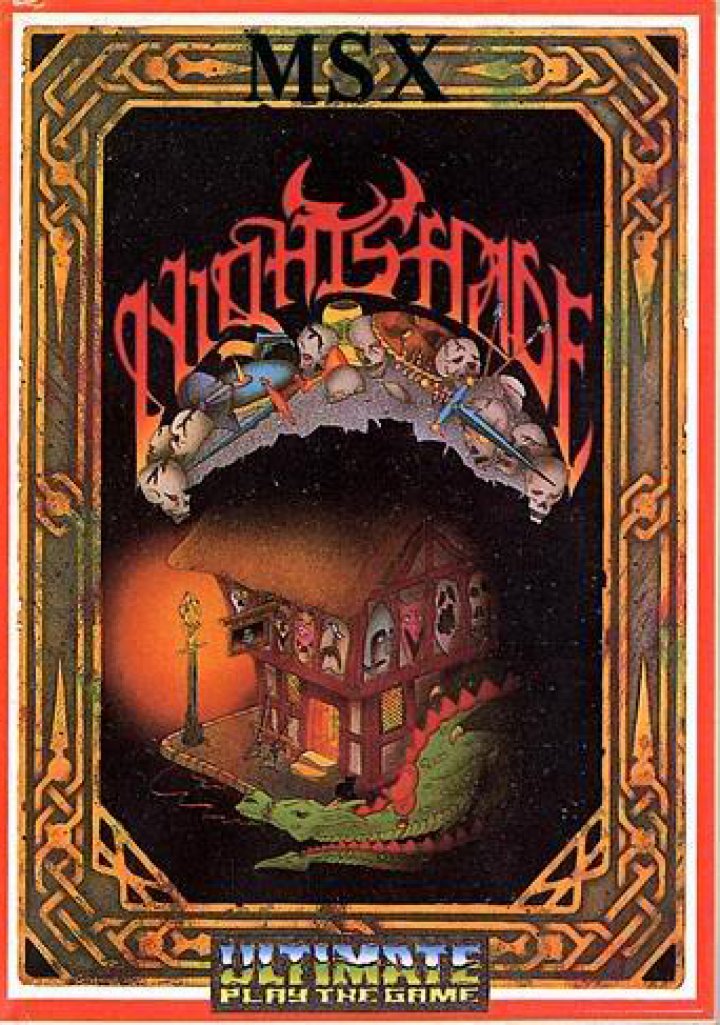 Between the Seas of the Seven Islands and the purple Mountains lies a valley. Time was that this area was safe and hospitable, however darkness then came - killing many of the inhabitants and warping the minds of the others. Many have gone there, none have returned - can you be the first? Nightshade is an arcade adventure in scrolling isometric 3D (an advance on earlier Ultimate titles such as Knight Lore, which were flick-screen), with directional or rotational controls. You can take 3 hits from the various roaming monsters - turning from white to yellow to green as you take them - but a 4th costs you one of your five lives. Objects can be thrown at these foes, but only if you have any. The map is made up of medieval-style buildings, which are visible while you are on the outside but whose roofs lift when you enter them, to ensure full visibility. There are four super-villains to destroy (a mad monk, a skeleton, a ghost, and Mr Grimreaper), and you must find the right objects to do this. 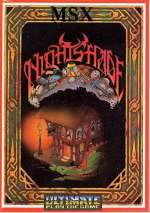