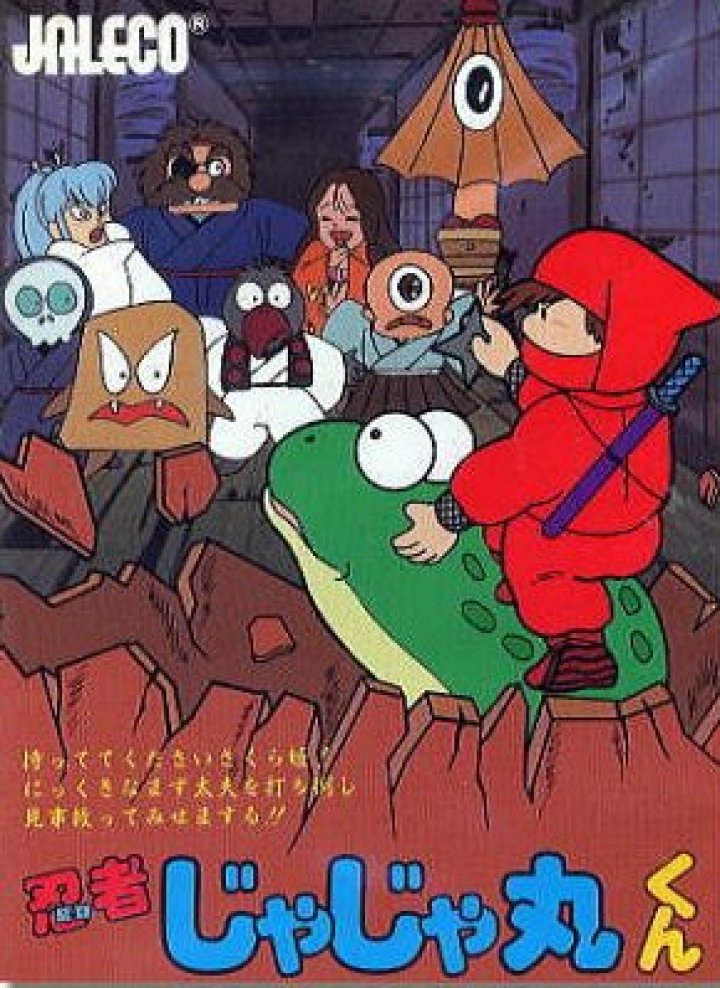 In the game, the player starts with three lives and can only run, jump and throw shurikens. The game is divided into stages, each with four floors and eight ghost-like enemies from Japanese folklore, with their names displayed before stage begins. Sakura-Hime and Damazu are placed, unreachable, at the top of the screen. Enemies use various projectiles, one of which will cause the player to lose a life. If JaJaMaru-kun lands on top of an enemy, it will simply be temporarily stunned and vice versa. Once an enemy is defeated and offscreen, a spirit will appear and ascend to the top of the screen. It can be collected before it has disappeared to receive points, which vary depending on the enemy. Among eight enemies, one on the top floor is tougher to beat than others, whom player need to be careful to deal with. Sakura will sometimes drop petals that the player can collect, and Damazu will sometimes run around, dropping bombs. To advance to the next stage, the player must defeat all eight enemies by using shurikens. 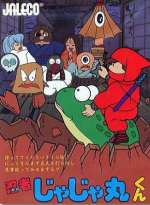