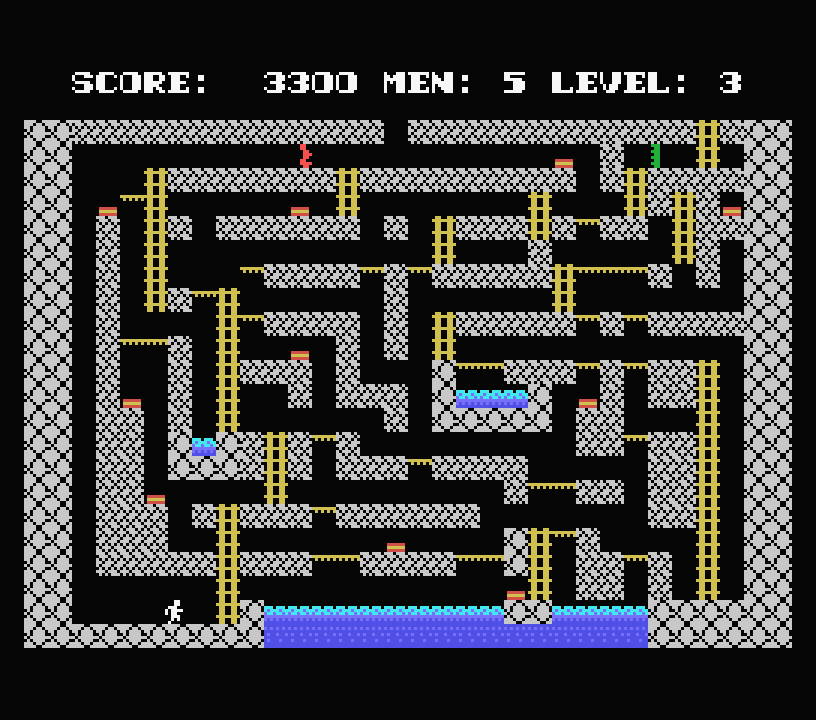 Rise Out From Dungeons

Rise Out From Dungeons is a platform game where you must guide an unnamed character through 20 dungeons avoiding traps and red-colored men. The graphics and game mechanics are strikingly similar to Lode Runner, but with a twist. As in Lode Runner, you must collect several objects all over the level while avoiding red-colored men, there are many stairs and gaps where you fall down if you are not careful. If you fall in the water, you die. You can also destroy blocks by shooting them with your gun. Curiously enough, the "red men" can't be defeated by your gun, and they will follow you everywhere you go, only to respawn if they reach a point where there's no way out. There are some elements which look like ropes but they are in fact just a special kind of platform: you can always walk across them safely, but if you land on them after falling down, you will just fall through them, so they actually work as traps. Other game elements include a hidden key used to open a door which leads to the stair leading out from the dungeon. The objective in each dungeon is simply to "rise out" from them, and that can be done by climbing a stair which passes through the dungeon ceiling. 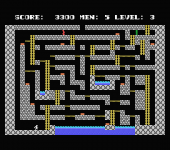