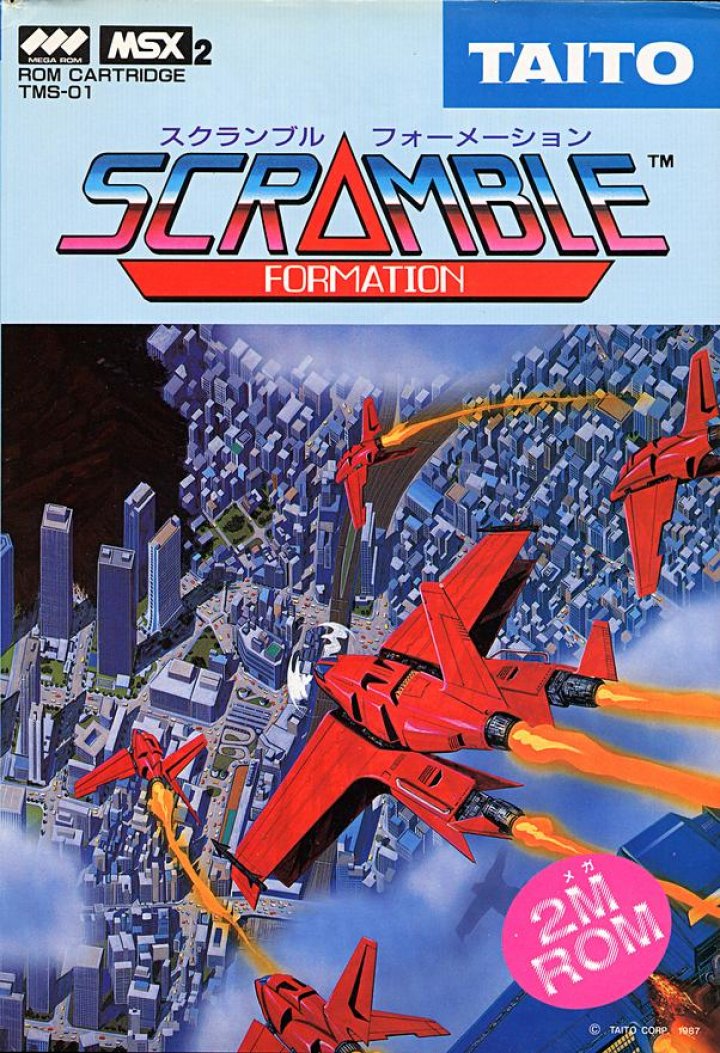 Scramble Formation is a vertical scrolling shooter game released by Taito. The player controls a red propeller-driven airplane, flying over the city of Tokyo. He's able to shoot and capture other red, smaller planes, which then will follow the player in formation. The player can choose between 3 formations: the first is able to shoot both air-to-air and air-to-ground projectiles, the second only air-to-air (but on a larger area), the third only air-to-ground (but on a larger area as well). During gameplay, the player should react accordingly to the threats and quickly decide which one of the 3 formation types is more adequate at one given moment. The game is divided in areas, depicting key places in Tokyo, such as Shinjuku, Akasaka, and Ginza. There are no clearly defined "levels", but at some points the player is faced by a giant mothership, which can be shot down by hitting its engines. 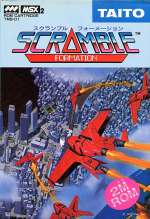 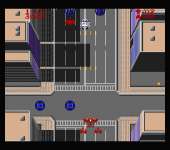