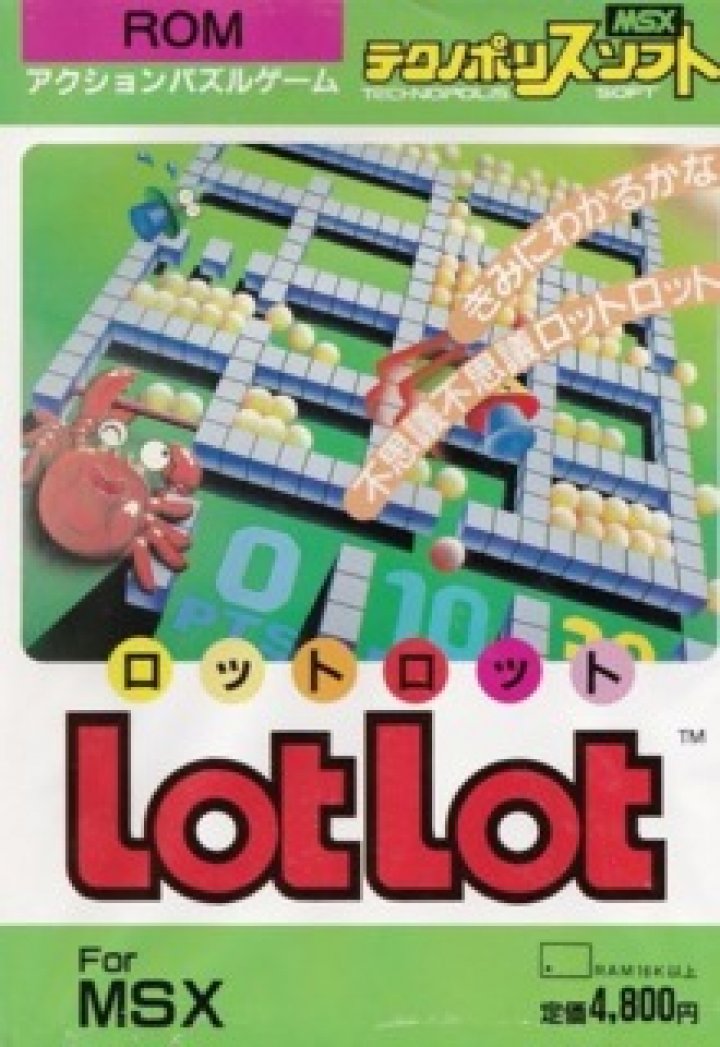 Lot Lot (ロットロット Rottorotto)[2] is a multiplatform puzzle video game developed by Irem under license from Tokuma Shoten. Tokuma Shoten published the game itself on home platforms, including the Famicom. The player controls one arrow and has to move some pellets (which resemble pachinko balls) from the upper cells (with a four-second delay) to the lower ones without having to confront an evil crab. He will grab the player's pellets and try to prevent the player from scoring with them by cutting the elastic. The crab is forced to leave the board if there are no pellets for him to find. 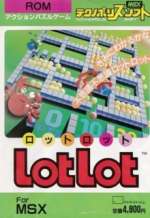