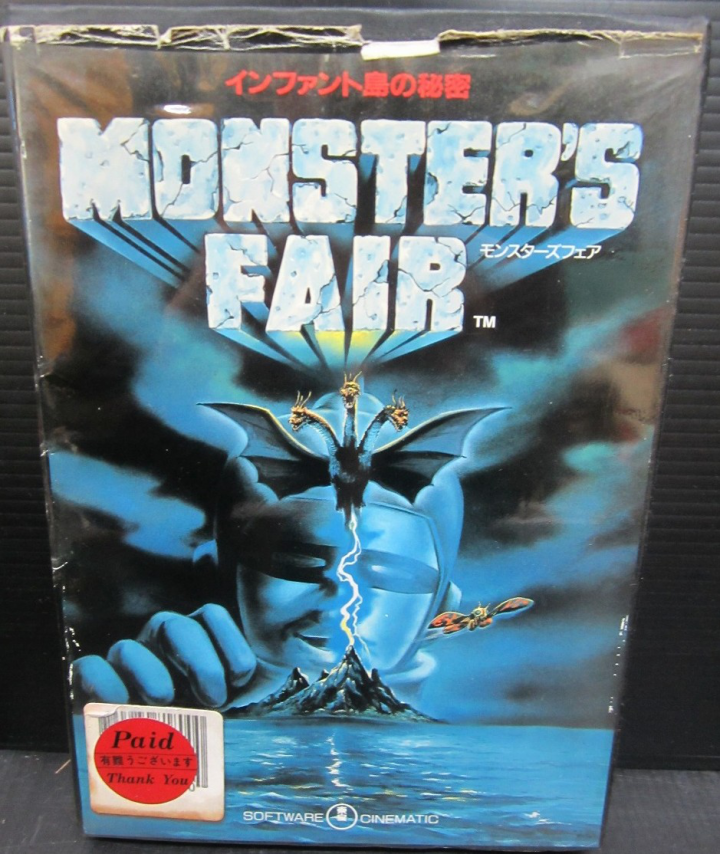 Monster's Fair is a game developed by Toho for the MSX released in 1986. The game starts with the Shobijin being taken away by an UFO, and saying "HELP, MOTHRA!" The game starts with Mothra Larva hatching from an egg. She can shoot webs to stun any monster (except Godzilla and Hedorah). Mothra can walk north, south, west and east, but the screen locks after going up so Mothra cannot go to places that went offscreen. Mothra can only survive 5 hits of minimal damage, and there are only three lives. However, there are hidden power-ups that restore health that need to be shot with web to be revealed and become obtainable. It is possible to get extra lives by scoring 30,000 points. After 5 hits, all monsters die. All monsters also die if they hit Mothra, and this results in her obtaining some damage. There is an enemy volcano which shoots boulders and cannot be harmed. It is recommended to play the game at a slow pace as having many monsters at the screen at the same time can make the game very hard. At the end of a section, there are three gates. You do not need to kill all enemies and you can choose any gate to proceed to the second section of the first level. However, on the second section of the first level, you need to pick the gate to the far right to get to level two. From the second level onwards the game will repeat, but the enemies and power-ups will change locations. The ultimate goal of the game is to get a higher high score. 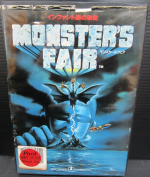