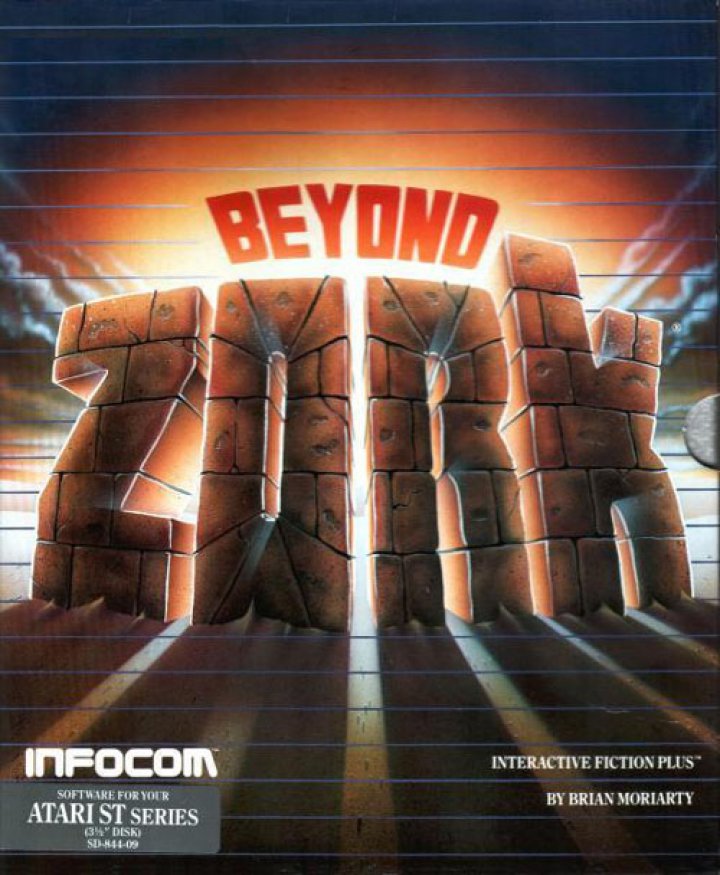 Beyond Zork (full title: Beyond Zork: The Coconut of Quendor) is an interactive fiction computer game written by Brian Moriarty and released by Infocom in 1987. It was one of the last games in Infocom's Zork series; or, rather, one of the last Zork games that many Infocom fans consider "official" (titles such as Zork: Nemesis and Zork Grand Inquisitor were created after Activision had dissolved Infocom as a company and kept the "brand name"). It signified a notable departure from the standard format of Infocom's earlier games which relied purely on text and puzzle-solving: among other features, Beyond Zork incorporated a crude on-screen map, the use of character statistics and levels, and RPG combat elements. The game, Infocom's twenty-ninth, was available on the Amiga (512kb), Apple (128kb), Atari ST, Commodore 128, and IBM (192kb), and the Macintosh (512kb) computers The player explores the Southlands of Quendor somewhat aimlessly at first. Soon, however, a task is bestowed by the Implementors, a group of godlike creatures jokingly based on Infocom's game designers. The Coconut of Quendor, an incredibly powerful artifact that embodies the whole of Magic, has fallen into the claws of an unspeakably foul beast: an Ur-grue. Rumoured to be the spirits of fallen Implementors, Ur-Grues can surround themselves in a sphere of darkness that only sunlight can pierce. The player must recover the Coconut from this monster's grasp or face the unthinkable consequences. 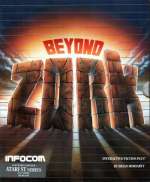