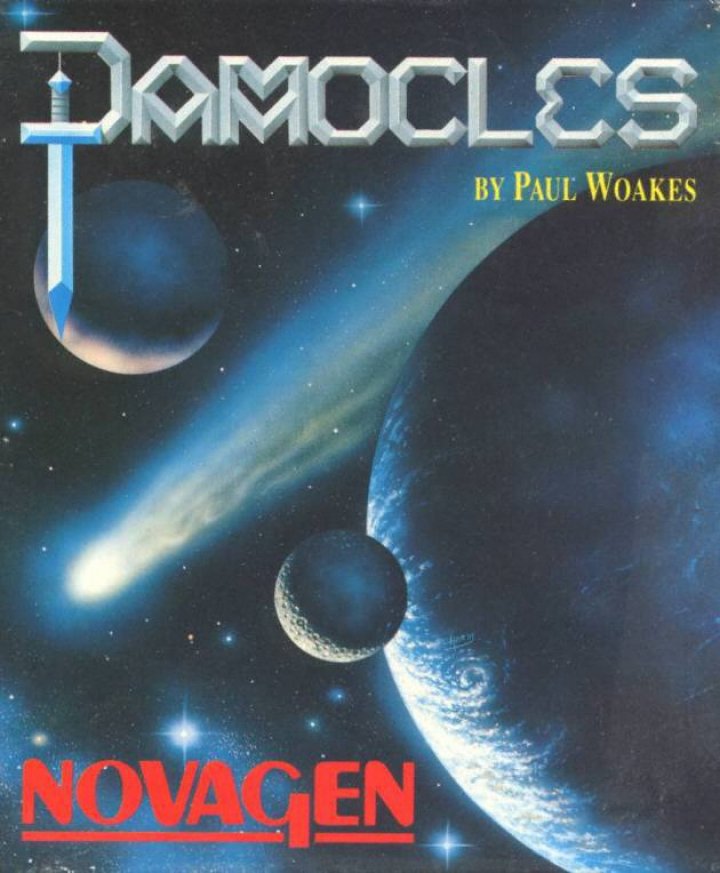 Damocles (occasionally advertised as Mercenary II) is the second game in the series. It was released on the Atari ST and Amiga platforms in 1990. Commodore 64 and ZX Spectrum versions were originally in development but eventually cancelled as a consequence of the declining 8-bit market. Unlike Mercenary, Damocles represented the game environment using filled polygon graphics, allowing a both more realistic and colourful world. An improved, fully texture mapped IBM PC version was in an advanced stage of development and scheduled for release in 1995, but was ultimately cancelled when a conflict between its developers, Novagen and Sony/Psygnosis, arose. Once again, the player is stranded on a planet, Eris, with an inoperable spacecraft. Unlike the first game, however, the scope of Damocles is considerably widened, offering the player an entire solar system to explore (the Gamma System; the player's original destination before the Interlude on Targ). There is also a race-against-time element to the game as a comet, the eponymous Damocles (a reference the Sword of Damocles), is hurtling towards Eris. The player is encouraged to both escape Eris and find a means to prevent Damocles from destroying the planet, if possible without destroying the comet. Although an obvious, but destructive, solution exists, Damocles has no fewer than five distinct solutions. A notable feature of Damocles is its inclusion of relatively detailed celestial mechanics into the game physics. While the game also features less standard physics (e.g. teleportation), it includes a detailed representation of the Gamma System and even includes a simplified form of special relativity. To cross the solar system in reasonable (to the player) time, time dilation occurs. However, given that the player has only a few hours to save Eris, extended periods at near-light speed are unwise. One of the game's many solutions even involves manipulating various planetary bodies in order to make use of the changes in gravitational pulls to divert the Damocles comet. From an aesthetic point of view, the inclusion of celestial physics allows the player to experience attractively-rendered sunrises and sunsets while on planet surfaces as well as various satellite occultations. Damocles contains many real-world references, particularly drawn from the UK in the 1980s. For example: the president of the planet Eris is named Margaret, after Margaret Thatcher (British Prime Minister from 1979 to 1990); and there is a bank called Lawson Bank, after Nigel Lawson (British chancellor of the exchequer from 1983 to 1989; though a real Lawson Bank does exist). Some of the references are more elusive; for example, several stores are called "GUM Stores", after the real Russian Gosudarstvennyj Universalnyj Magazin department stores. However, the fictional planet of Eris is not a reference to the real-life dwarf planet of the same name, as the latter was only discovered in 2005, some 15 years after the release of Damocles. Despite these references, the game universe has no actual connections with Earth, since the player is given information that the Gamma System was actively explored before the present day (e.g. on approaching a particular moon, Benson informs the player that a space flight company was already present there in 1190). According to the poster that accompanied the game, the events of Damocles take place on 27 April 2099. 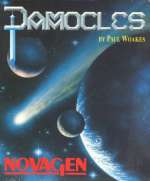 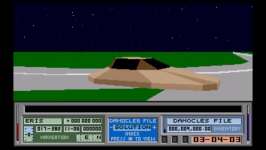