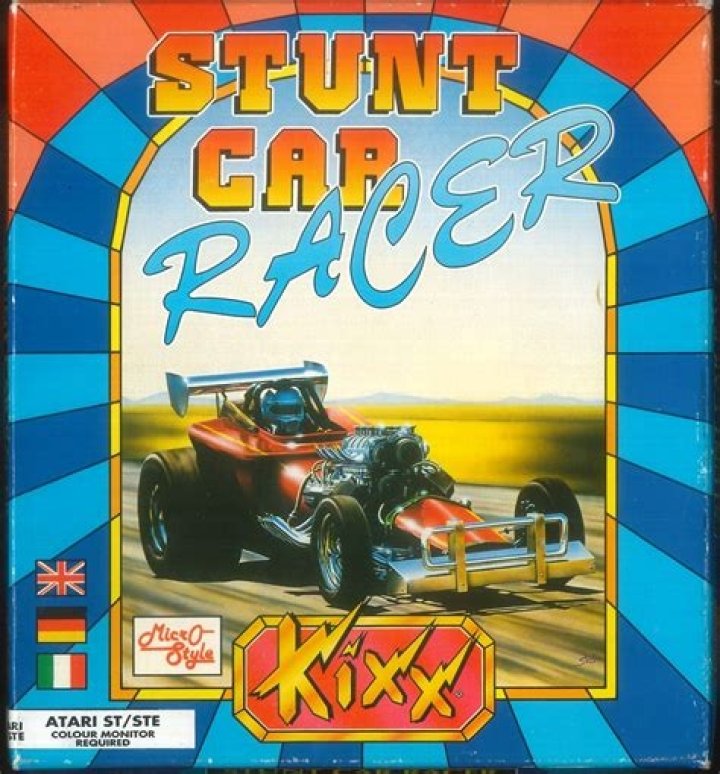 Race a single computer opponent for first place on a unique racetrack -- 100 feet in the air! You start in the fourth three-man division of a league, all racing each other twice, and must come top to progress. The action is viewed from within the car throughout the 3-lap races, with the distance between you always on screen. Jump chasms, jumps, and drawbridges; take banks hard or slow; pass your opponent on the track or while catching mass air. Your car has the ability to burn a limited amount of turbo boost fuel as a way to accelerate faster and achieve higher speeds, but don't use it all up at once or you'll fall behind. Don't damage your engine too much; severe dents will show up during your next race. Whatever you do, don't fall off the track, as this will cost you time as you are placed back on. 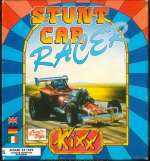