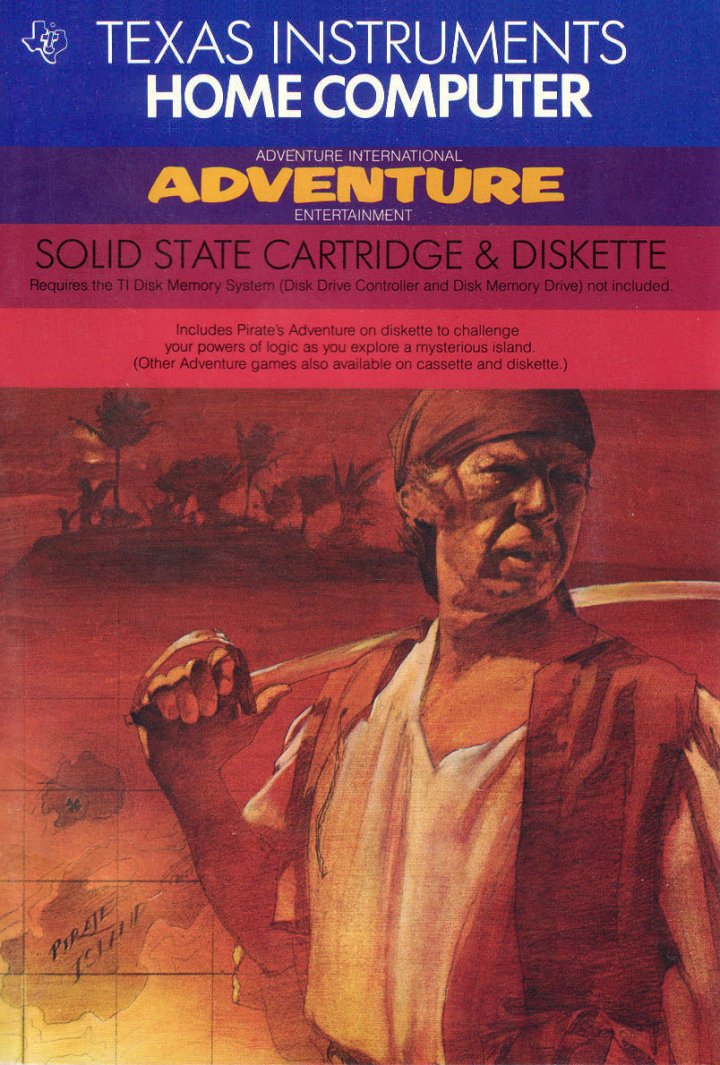 Published by Adventure International, the Adventure cartridge served as the interpreter for a whole series of text-based adventure games. After starting up the title, an individual game would be loaded in from cassette or diskette. All had the same general UI, with the location, description, inventory, and available exits in a top section of the screen, with the lower part allowing users to enter two-word text commands to interact. There were twelve Scott Adams-developed titles available, along with four more AI-developed titles based on licenses such as Buckaroo Banzai and Spider-Man. Later on, tools were created to allow people to create their own custom adventure games that could be played through the cartridge using the custom "Adventure Programming Language", 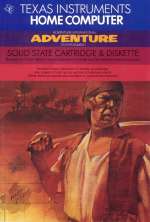 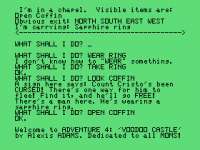