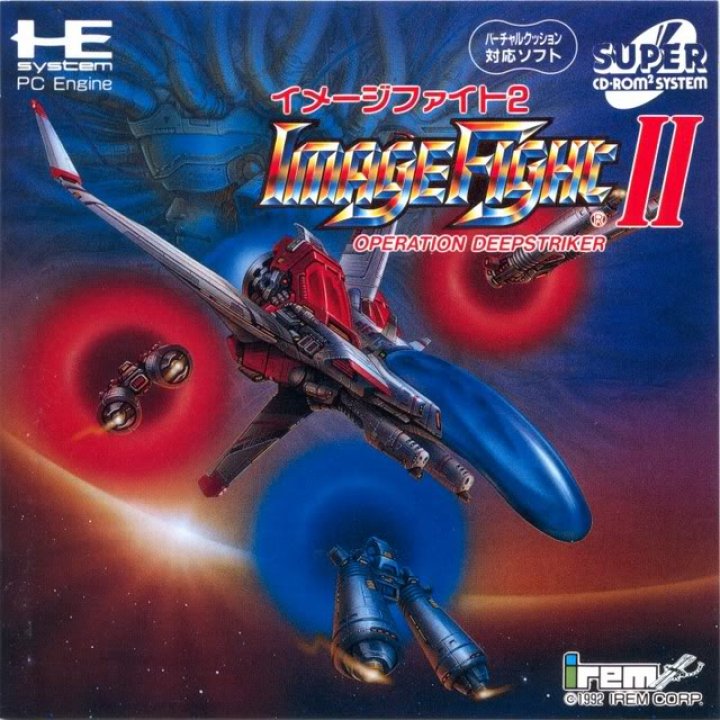 Image Fight II Operation Deepstriker is a vertical shooter by Irem and sequel of the arcade game Image Fight originally released in 1988 (and ported to the PC Engine in 1990). Humanity tries to rebuild itself from the aftermath of the first Image Fight - the computer on the moon was destroyed and peace had finally returned. But three years after the attack, a space probe detects unknown objects hurtling towards planet Earth. The signs are clear - a massive alien invasion is underway. After a first encounter around Saturn, Image Fight requires the player to progress through four "simulation stages" - the last six "real stages" can only be accessed if the "simulation" achievement rating is greater enough. Failing this requirements leads to a short but intense Penalty Area. All the primary weapons from the original game are also here for the taking. Up to three colored orbs can be attached to the ship and either fire forwards (blue) or in the opposite way the ship is moving (Red). Secondary devices are also available and can be equipped at the front of the ship - they include all kind of lasers and missiles. However the only way to switch to a different device is to receive a direct hit. 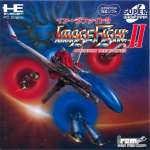