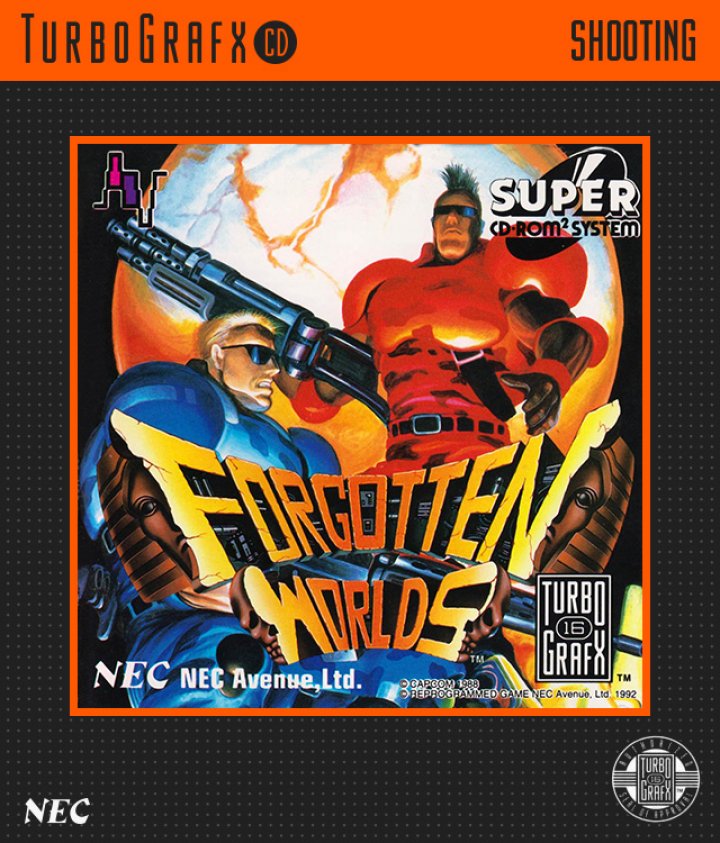 The Turbografx-16 version of the arcade smash. It was released as a Super CD-ROM² title which supported a specialized 3-button controller that NEC released only in Japan. An American version for the TurboGrafx 16 was released by Turbo Technologies Inc. as well. With the 3-button controller, the player can control their character as they would in the Mega Drive version, with two buttons to rotate the character and one to shoot. With the standard TurboGrafx-16 controller, the Run button is used in the place of the third button to rotate the character to the left. The TurboGrafx-16 is one-player only, but allows the player to select between either of the two Unknown Soldiers at the start of the game (with their respective abilities from the arcade version retained). 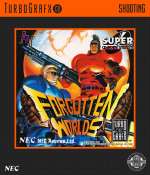