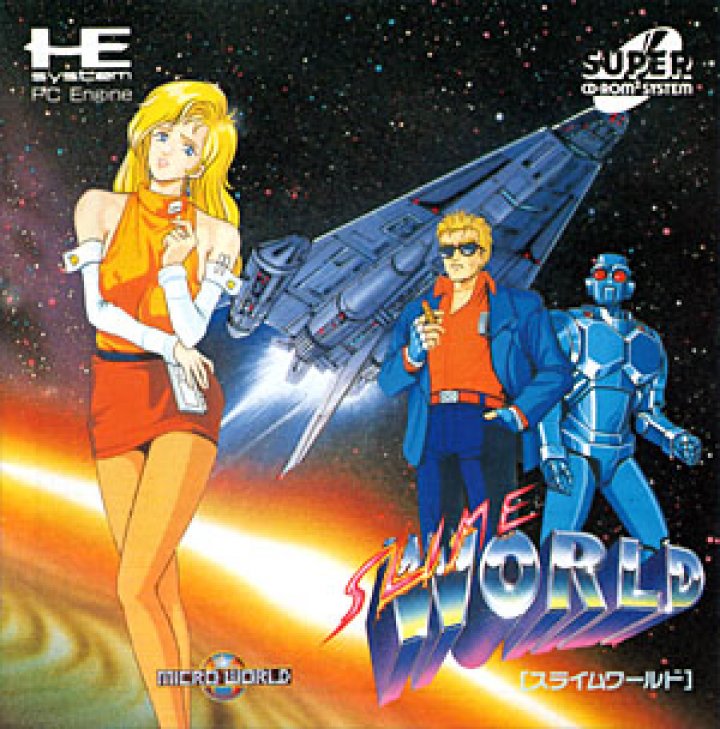 Slime World is a side-scrolling platform game by Epyx and published by Micro World. Captain Todd is on a mission to explore the green and inhospitable underground world of a mysterious Slime Planet and retrieve all the precious Slime Gems hidden in its depths. Our hero has to visit endless caverns and catacombs filled with green and gooey slime. Six stages are available from the start and each one of them is based around upon a particular scheme - from straight arcade action where Todd has to blast as many enemies as possible, to logic action when the player has to use his brain rather than his fire-power. Todd can run, jump, climb walls or use his water-gun to defeat all the various hordes of slimy enemies the game throws at him. More weapons and special items are available, such as bombs, jet pack or shields. When hit, Todd doesn't lose any life but instead turns greener and greener until he dies - unless he can find a water pond and clean himself up. 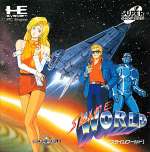