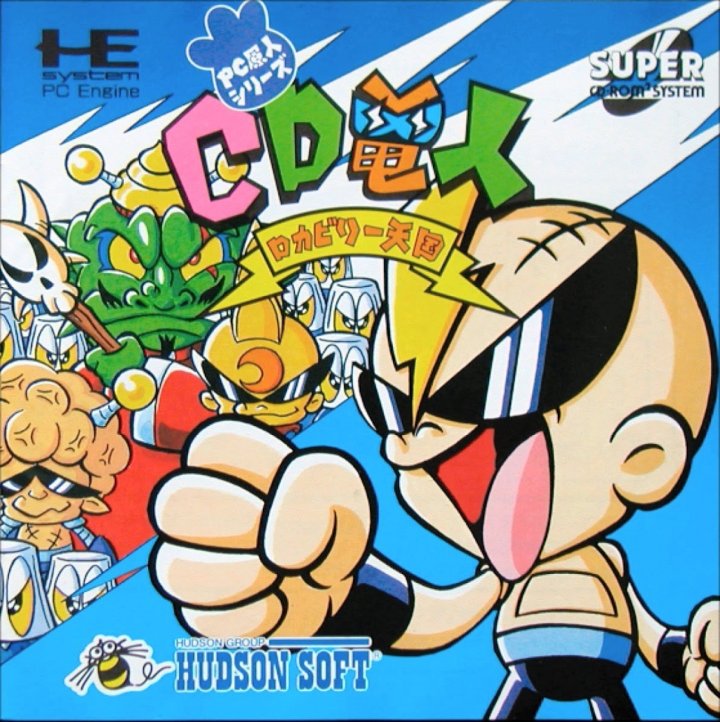 After the success of PC Denjin, our hero leaps onto CD with a whole new game and a whole new soundtrack. Flying over the various landscapes (you get to choose which order to play the first four levels in), you come up against tidal waves, giant robots and a general array of nasty but cute bad guys as you would expect. The plants from the original PC Kid games are still here to provide such joys as extra firepower, fountains of smiley faces or the tiny-denjin which makes dodging bullets that little bit easier. Another handy little trick is that your boots also pack a punch, so backing into an enemy is more likely to dispose of them than do you any permanent damage. Part way along each of the levels you get the chance to rescue a friend who then joins with you, giving you a specific extra ability. These friends are pre-set one per level and cannot be chosen, and they allow things like rapid-sushi-fire and handy rear shots. 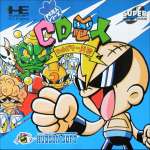