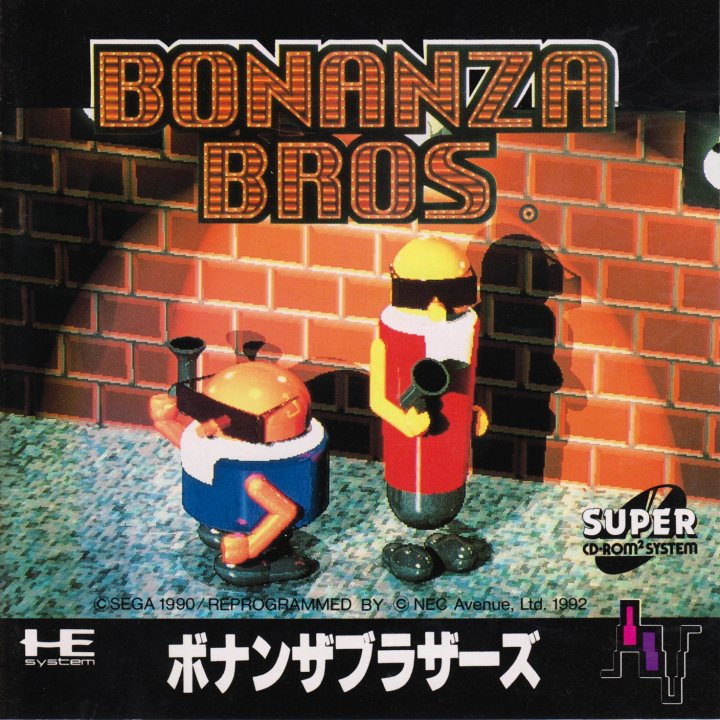 Bonanza Bros. is a shooter, platform game where taking the role of one or both of the brothers, Robo (1P, red) and Mobo (2P, blue) (Mike and Spike in some PAL versions), who were modeled after The Blues Brothers. The objective of the game is for the player(s) to stealthily move inside a house avoiding guards, retrieve several objects and move to the roof where a blimp is expecting the player with the loot. In this fashion the plot and the gameplay resembles the older Atari 2600 title Keystone Kapers but with added features that are similar to the ones in Lock 'n' Chase. Two players can play cooperatively at the same time, as the screen is always split in two. The places the brothers burgle include a bank, a millionaire's mansion, a casino, a mint, an art gallery and a treasury. While similar in graphics and gameplay, the story and the Bonanza Bros.' role changes from the original Japanese to the early western versions: in the former, the duo are thieves attempting to steal valuable treasures for profit whilst avoiding getting arrested; in the latter, they are recruited by the Police Chief of Badville to test security facilities and help the Police recover evidence from various crooked businesses and institutions, but on the threat of jail if they fail to do so. The player can walk, jump, shoot and move behind a column or large furniture, which allows both hiding and dodging shots from the guards, which can't be neutralized definitively, only stunned for a few seconds using the gun or pressing a door against them. They are alerted by sounds or with the Brothers entering their field of vision, and then either hide, call for help or fire against the player. If the player is hit, The player drops all objects and loses a life. Some guards have a riot shield and can only be hit when moving away. 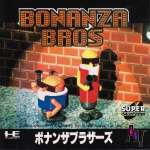