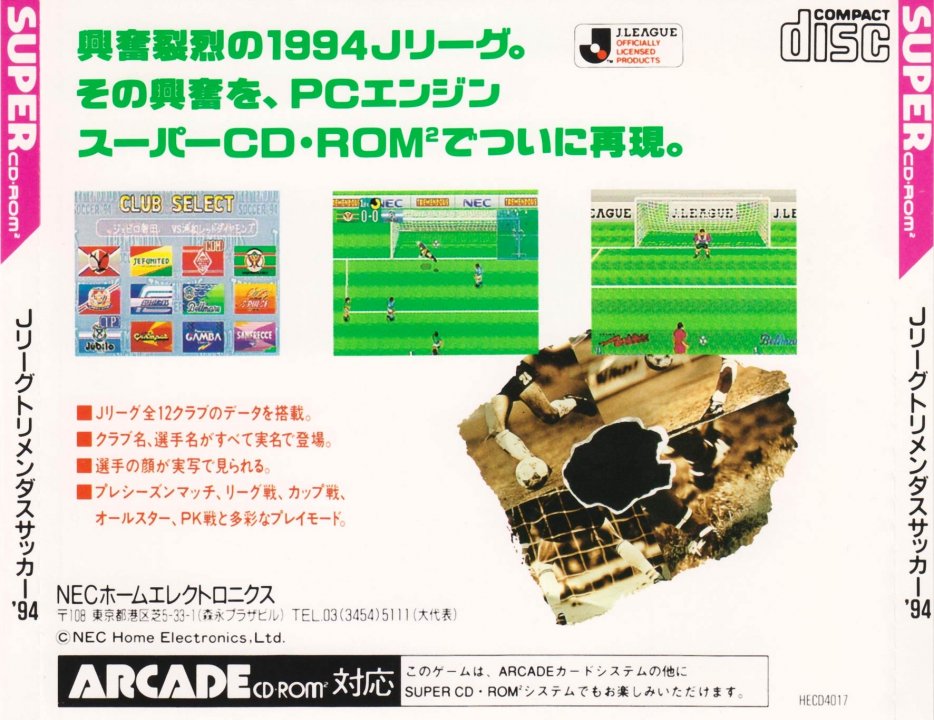 Tremendous Soccer '94 is a soccer (football) game with licensed players and teams of the Japanese soccer league (J.League). There are five modes in the game: Pre-Season (a single game between two teams in the league), Championship (a season mode), Cup (the Japanese football cup with elimination rounds), All-Star (West and East teams compete in a match), and PK Battle (penalty kicks between teams). The player can regulate the strength of the computer AI and the length of a game, as well as substitute players and change tactical formations. The gameplay is similar to other top-down football games of the time, with simple controls and automatic moves performed by players depending on the situation. 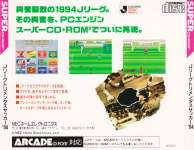 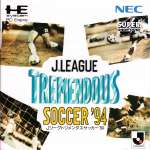 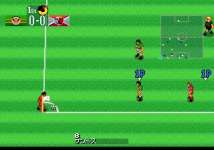