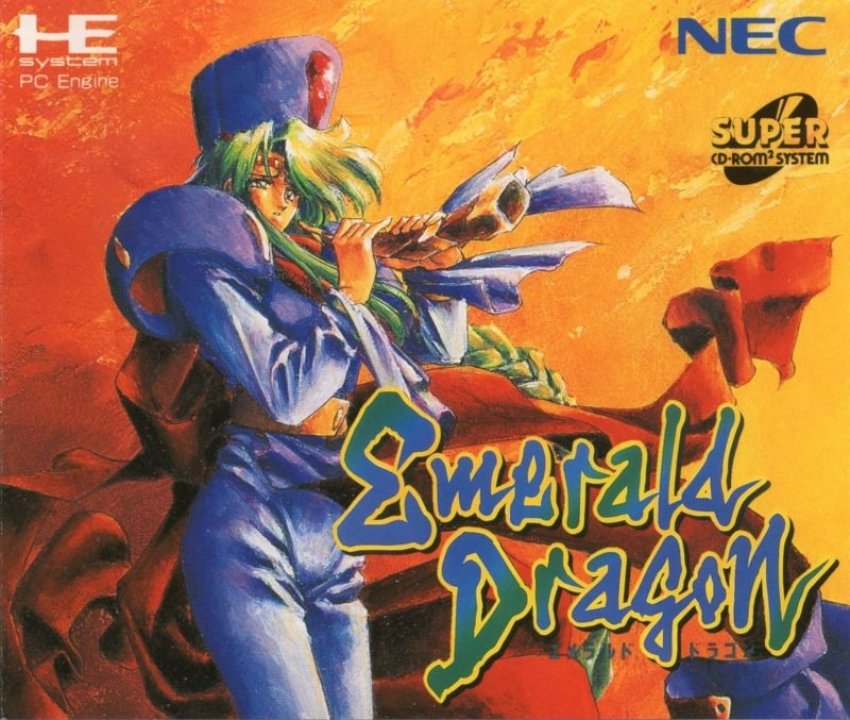 In Emerald Dragon the player takes control of Atrushan, a blue dragon who lives in the Dragon World. One day, he and his friends discover a ship wreck near a mountain. After examining the wreck, the dragons find a human child - a little girl. The wise White Dragon, the leader of the dragons, tells them that her name is Tamryn and that she will play an important role in their lives. The girl doesn't remember anything, and grows up together with the dragons. But when she turns fifteen, she decides to go back to her homeland - the Human World. Soon after Tamryn has left, Atrushan realizes he can't bear the separation, and asks the White Dragon to allow him to go and find Tamryn in the Human World. But a mysterious evil curse has been placed on the dragons - they can't appear among the humans in their true form. Atrushan agrees to become a human and goes to the Human World - to find Tamryn, and also a way to remove the curse... The game has many traditional Japanese-style RPG gameplay elements: Atrushan and his party travel around the game world, visit towns, descend into dungeons, and level up in an automatic fashion. One of the game's distinguishing features is its battle system. Characters are able to freely move over the battle field; the range of their movement depends on their agility rating. Only Atrushan can be given precise instruction during each turn. The player is able to position the characters strategically near or far away from the enemy, attack from different sides, and assign general strategies to the party members. Another notable feature of the game is the absence of a "world map": the game's locations are seamlessly connected with each other. The PC Engine (TurboGrafx) CD version of Emerald Dragon contains additional dialogue, scenes, and voice acting. 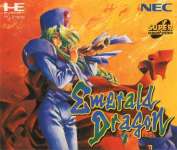