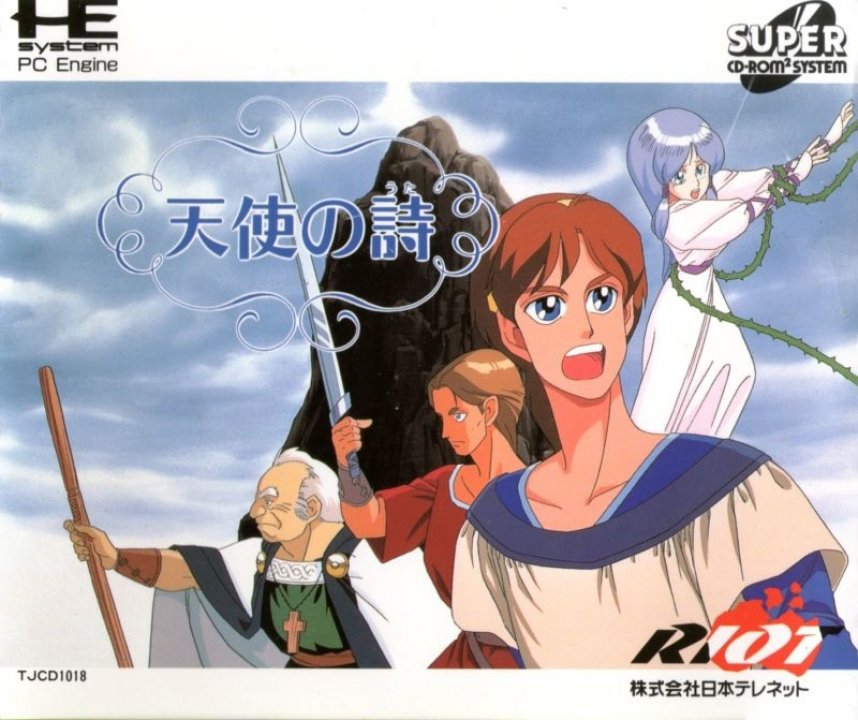 Kearu, a young warrior from the land of Erin, is entrusted by his village elder to protect Krea, a young girl who was found near the village entrance when she was a baby. The young couple receives a task of retrieving and delivering a magic flower known as Eureka to the king. However, on the way to the castle, they are attacked by a winged monster, who carries Krea away. Kearu realizes that this kidnapping was not accidental, and had something to do with Krea's mysterious origin. Tenshi no Uta is a traditional Japanese-style role-playing game. As in most games of this genre, the player navigates the party of heroes on the top-down world map, fighting randomly appearing enemies, gaining experience for further automatic leveling-up, and money to buy better weapons, armor, and items. The battles are viewed from first-person perspective, with the enemy graphics super-imposed on the exploration screen (like in Cosmic Fantasy 2). The game has the conventional HP and MP bars, with the heroes learning various attack, support, and healing spells as dictated by their level. There is a day and night cycle in the game. Shops are closed at night, and certain characters appear only at a specific day time. 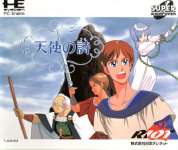