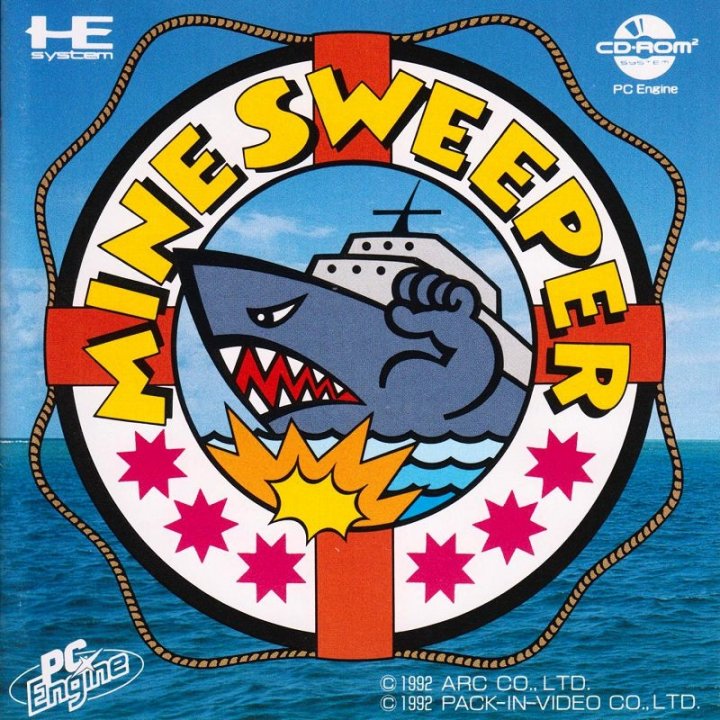 Minesweeper is a minesweeping game, just like the one included in every copy of Microsoft Windows since ancient times. On a grid, the player clicks in a cell and hopes that it is not occupied with a mine. If it isn't, that cell is filled with a number, which indicates how many mines there are in adjacent cells. Using logical thinking, looking at the relations between different number cells, the player can conclude which cells contain a mine and mark them as such. Once all cells are revealed, the player progresses to the next minefield. Three main game modes are available, differentiated by the size of the minefield: 9x7, 12x12 and 18x14. Clearing a minefield takes the player to another one of the same size, but with more bombs to clear. A second mode is a mission mode ("voyage mode" in the PC Engine version), where the player is presented with 10 minefields each in 7 locations around the world. The first ones are very small, only 4x4, growing larger and larger from then on. What is different about the mission mode is that a few cells in the minefield are revealed from the start, putting the player's ability of deduction at test. The editor mode allows players to construct a minefield of their own, by inputting parameters of size and amount of bombs. The Game Boy version can also be played by two players via a link cable. The PC Engine (TurboGrafx CD) version contains an additional mode entitled "Cook's Quest", in which the player has to help a cook to escape from falling boulders in a cave, represented by mines on a familiar minesweeper field. 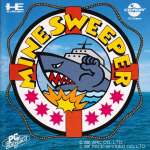