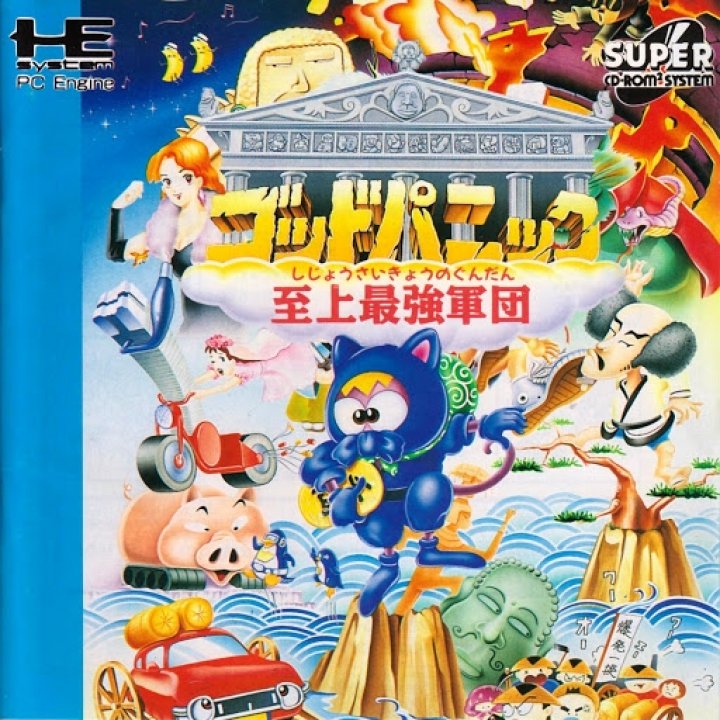 God Panic is a vertically-scrolling shoot-em-up set in a cartoony, anachronistic version of feudal Japan with supernatural elements. There is no in-game background story or plot-advancing cutscenes, with the exception of a wise old man who would sometimes offer the cat-suit-clad hero some help. Creatures from Japanese mythology have gone wild, and it is up to the flying protagonist to defeat them, all the while defending himself against enraged villagers, mechanical cats, homoerotic wrestlers and other grotesque beings. The player character is armed with a standard gun in the beginning, which shoots in two lines straight in front of him. Power-ups are obtained by flying over treasure chests, usually placed on top of the screen. These grant the hero wingmen, additional shots, a new ray attack, extra lives, etc. Like in most scrolling shooters, a button is assigned to a powerful all-screen attack (in this case throwing coins) with limited charges. Stages culminate in boss battles, and some of them are built as a series of mini-boss encounters. 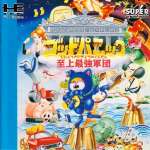