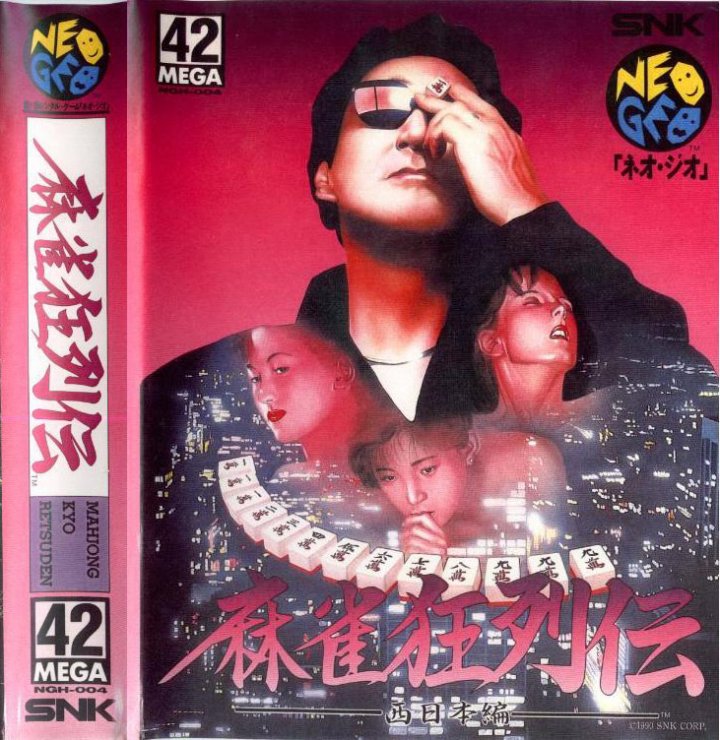 An arcade riichi mahjong game by SNK (and one of the few in the genre built for the Neo Geo), telling the tale of a mahjong enthusiast trying to make a living off of it. Mahjan Kyoretsuden: Nishinihonhen (loosely translated to Mahjong Enthusiast Stories: West Japan) is a riichi mahjong (two-player variant) game developed and released by SNK for arcades (running Neo-Geo MVS hardware) and the Neo Geo AES, both versions exclusively in Japan, on April 26, 1990. One of the four games launched with both arcade and home Neo Geo systems (alongside Baseball Stars Professional, Magician Lord, and NAM-1975), Mahjan Kyoretsuden is one of the few riichi mahjong games released for those systems (as well as one of the few games to utilize SNK's Mahjong Controller peripheral, alongside Minasan no Okagesamadesu! - Daisugorokutaikai, Bakatonosama Mahjong Manyuuki, and Janshin Densetsu: Quest of Jongmaster). The game is known for its story mode (chronicling a mahjong enthusiast in his late 20s, customizable by the player, trying to make a living off of the game) and use of vocal modern enka music (essentially Japanese sentimental ballads). Unlike most arcade riichi mahjong games of the era, the game is not an erotic "strip mahjong" game (although it contains sexual themes), can only be played in single-player, includes memory card support for saving progress, and can optionally be played with the standard joystick and button layout. It was later ported to the Neo Geo CD (as a launch title) on September 9, 1994. This version does not include vocal music. 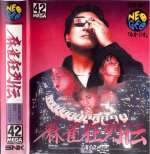 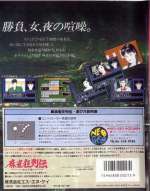