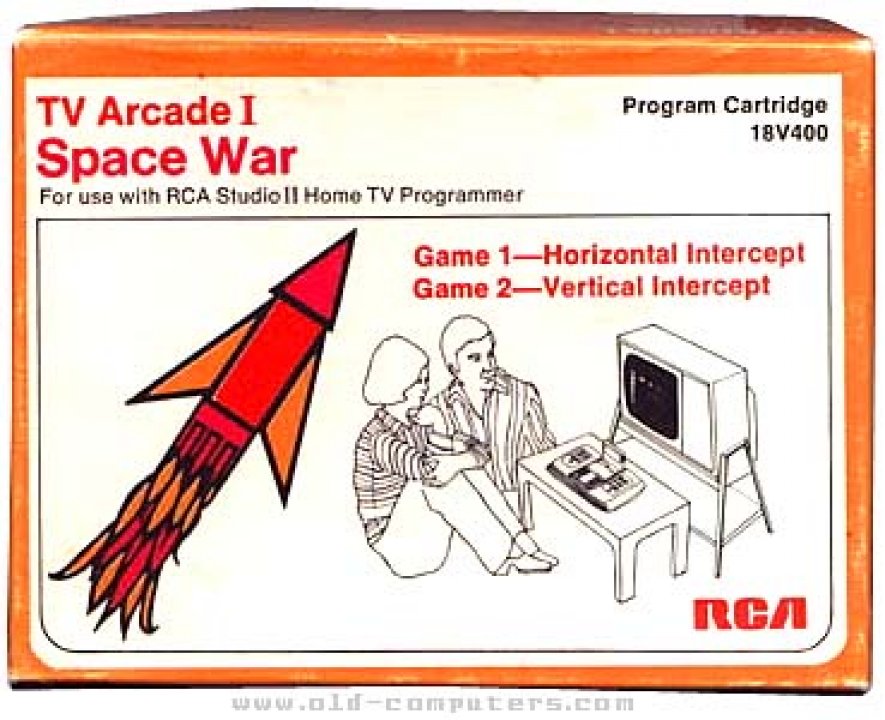 Space War consists of two shooting games: Horizontal Intercept and Vertical Intercept. In Horizontal Intercept, the player has to destroy enemy spaceships with the use of rockets. The spaceships pass by horizontally and the player launches his rockets from the bottom of the screen. Once the rocket is in the air he can steer it left or right. The player has 20 rockets and the goal is simply to score as many points as possible. Some spaceships move faster and will therefore give more points, and there are both big and small spaceships, the latter being worth more points. Vertical Intercept is a one-button game for two players. Each player controls a missile launcher on each side of the screen and in between them an enemy spaceship moves up and down. The player's missile climbs when the player holds down the button and drops when he releases it. The game ends when the spaceship hits a marker at the top of the screen 8 times. Hitting the spaceship makes it reverse its direction, so the game can be prolonged. 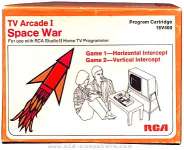