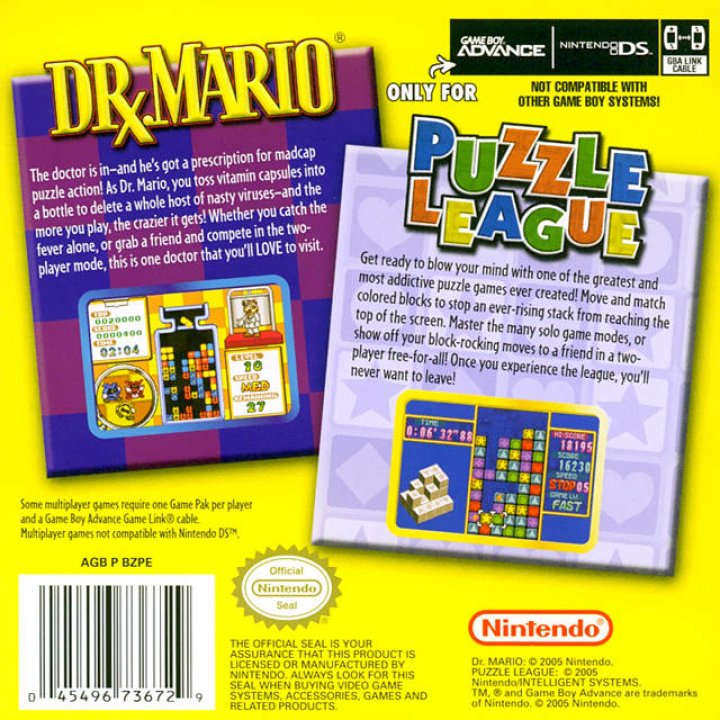 Dr. Mario/Puzzle League are recreations of two of Nintendo's most popular puzzle creations. Though Dr. Mario has already been released on the GBA as a Classic NES Series title, the version included in the dual-pack is enhanced specifically for the Game Boy Advance hardware instead of a straight emulation of the original NES title. Puzzle League was originally brought to life as Tetris Attack, but then rebranded on the Game Boy Color as Pokemon Puzzle Challenge a few years back. The GBA version is also enhanced for the GBA's much more capable graphics hardware. 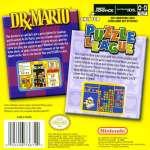 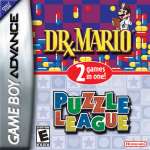