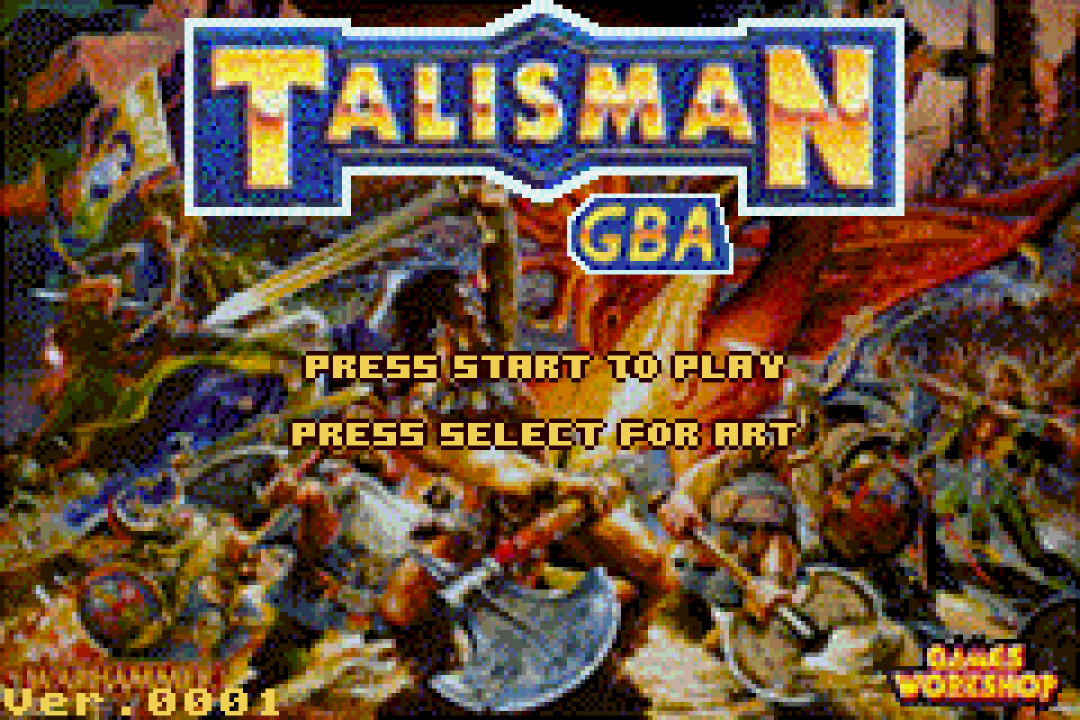 Travel through magical lands in search of the mystical talisman on a quest to vanquish the Dragon King and restore peace to the land. A conversion of the third edition of the amazingly detailed fantasy quest game developed by Bob Harris and produced by Games Workshop, complete with the original three expansion realms and characters. This Nintendo GBA and DS compatible version (PC compatible via VisualBoy Emulator) includes hardware save and the ability to play with up to three computer controlled players, allowing you to take the excitment of Talisman just about anywhere. A unique solo play reward feature offers unlockables, including past edition artwork and additional expansion characters originally appearing in White Dwarf magazine. Remaining issues include Player vs. Player combat, card text gfx, and some card specfic bug fixes. If you are looking for the GBA version of a card based adventure quest boardgame, the current copyright owner (Games Workshop) threatened legal action if its availablity and production were not halted. YES - the homebrew creation was that complete and well designed! Of course, like many things released to the internet, it may continue to live on - perhaps only an internet search away - but you will not find the file for download here. Hopefully there will come a day when they realize the magical aspect of the game was the fanbased creations that provided free advertising and word-of-mouth distribution. Until then, I plan to move to other games more open to free publicity and fan adoration. 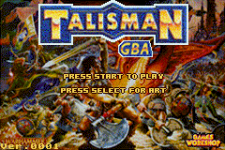 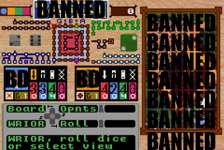