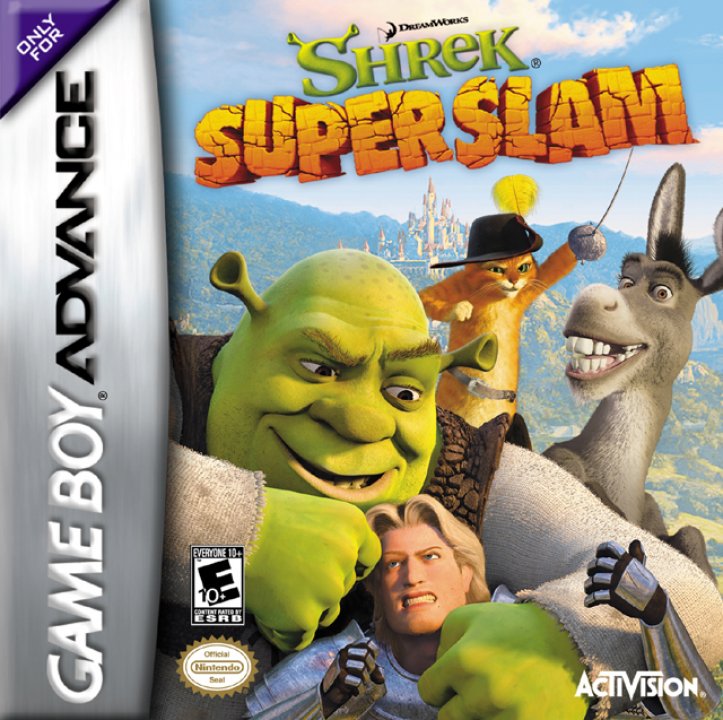 Activision knows gamers loved the movie SHREK and that gamers love melee battle games, so they've combined the two into SHREK SUPERSLAM for the GBA. Now players can battle their way through the story mode or fight a friend using the GBA link. SHREK SUPERSLAM features 10 characters from SHREK and SHREK II, including Shrek, Donkey, Fiona, Puss-n-Boots, the Gingerbread man, and more. They will battle it out in 10 different levels, each of which is inspired by scenes from the movies and is fully interactive. Each character has a basic light and heavy attack plus throws and a unique slam attack that they can use once they build up enough power by hitting their foes. Each character also has specific strengths and weaknesses that will impact how players battle with them. Players can also grab weapons that appear on each level and use them against their opponents. There are a number of different modes in the game, including the single-player story mode, tutorial mode, multiplayer mode, and the mega challenge mode. Story mode allows players to unlock more characters, stages, and alternate outfits for the fighters. Challenge mode presents players with a challenge a race, a number of items to collect, etc that they must accomplish before their opponents do. More special characters and unlockable items are available for players who complete each minigame. Fighting gamers will find that SHREK SUPERSLAM keeps all of the wicked humor and one-liners from the movies while creating an entertaining, addicting melee game. 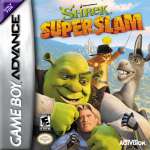