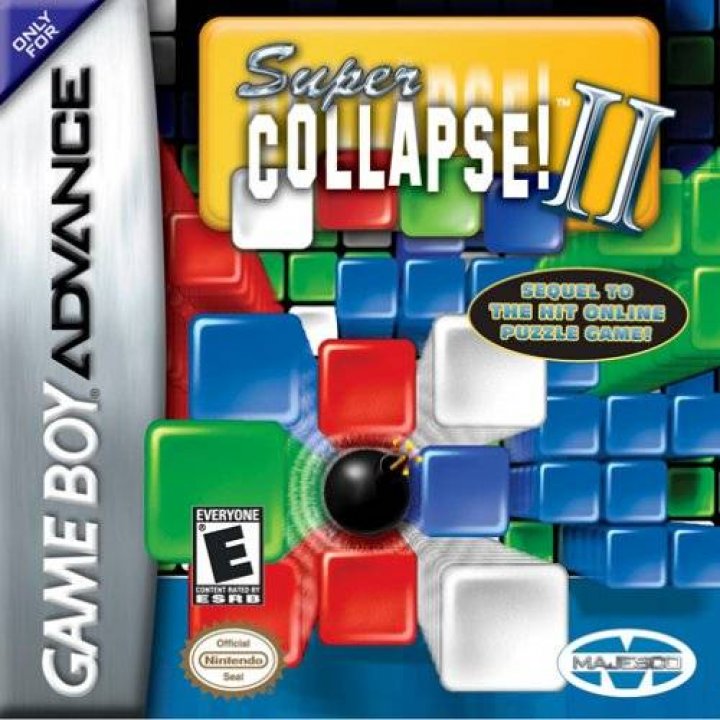 Game Boy Advance version of the popular web-download puzzle game. Super Collapse! II challenges players with four modes of play. In Classic and Strategy Mode, players must clear blocks by selecting groups of similarly colored blocks to collapse as blocks continuously appear at the bottom of the board. When the blocks reach the top, the game is over. Relapse Mode adds to the challenge with blocks appearing from the top and bottom of the board. The game is over when blocks from both sides touch. Finally, Puzzle Mode puts gamers' brains to the test as they try and solve a series of elaborate, block-collapsing puzzles. Developed by GameHouse Studios. 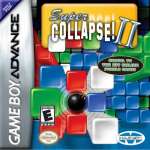