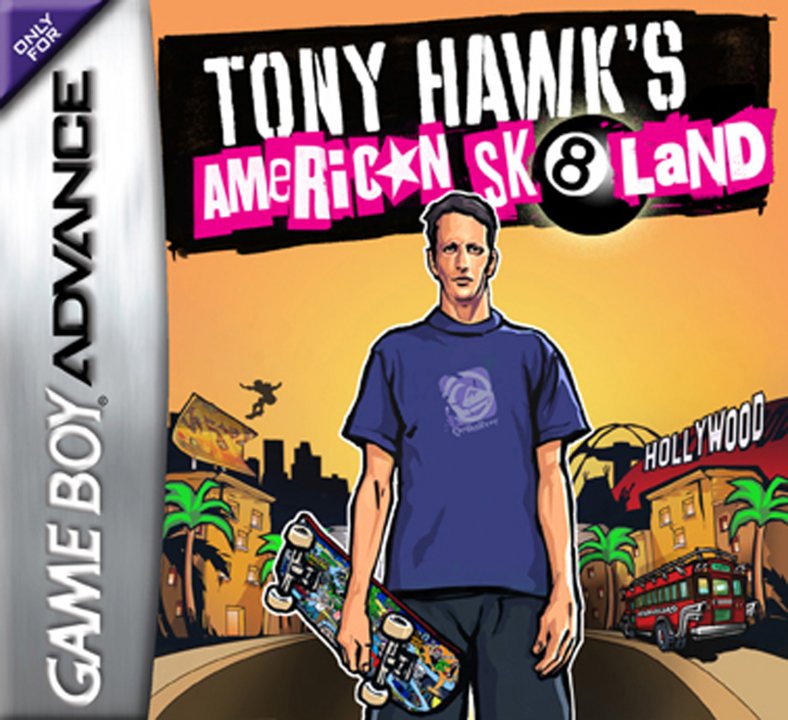 Activision invites players to hit the streets of Las Angeles and show off their movies in TONY HAWK'S AMERICAN SK8LAND for the Gba. With very little load time and no levels or other action-interrupting events, AMERICAN SK8LAND features non-stop extreme sports action. After selecting a character, players are put in the middle of a huge environment full of ramps, turns, and other opportunities to perform huge tricks. Gamers can either skateboard or ride their BMX bike through the streets of LA. While there are no levels, there are different missions and tasks players can take on after exploring. These missions will give players the cash they need to customize their characters and equipment. Dozens of different stories exist in AMERICAN SK8LAND, including skate shops, barbershops, clothing stores, and even tattoo parlors. The more money players acquire, the more unique their skater can be. The game features a number of new moves, including Natas spin handstands, one-foot grinds, Bert slides, wall flips, and more. The controls and moves have been tweaked so that everything reacts like it should, making the game look and feel incredibly life-like. Gamers can also go head to head on a number of courses via Gba Live. Whether biking or skateboarding, gamers who love extreme sports will love TONY HAWK'S AMERICAN SK8LAND. It has everything a great skating game should have plus more. 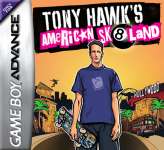